AFCON 2019, one of our best outings - Yemi Osinbajo 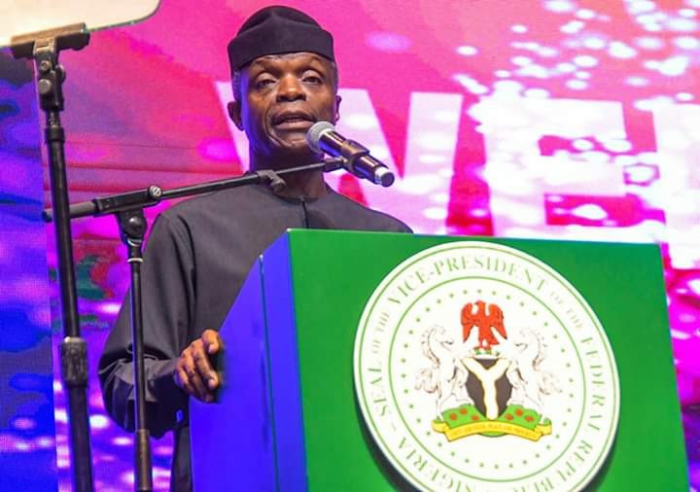 Osinbajo gave the message during the 2nd Edition of the Nigerian Television Authority (NTA) Choir Concert on Saturday in Abuja.

The vice president, who was represented by the Villa Chaplain, Pastor Seyi Malomo, described the tournament as one of the best Super Eagles’ outings.

“This is one of the best tournaments the Super Eagles have played so far.

“I congratulate them for coming 3rd place in the just concluded AFCON tournament,” he said.

Speaking on the event, Osinbajo said the choir concert was a non-stop major activity and likened it to a dress rehearsal of what was already going on in heaven.

“I believe that this is one of the major activities that will be going on in heaven. It is non-stop praises.’’

Earlier, the Director-General of NTA, Malam Yakubu Ibn-Mohammed, who was represented by the Executive Director of Programmes, Mr Babawole Coker, said the concert would heal so many souls.

“I believe that this annual programme will heal so many faces here.

“With the type of voices we have here, the walls of Jericho will definitely fall,” he said.

In his sermon, Bishop Edwin Jarumai, Secretary-General of Supernatural Love Ministries (SLM) encouraged Christians to be strong anytime they were confronted with challenges.

Jarumai who took his reading from the Book of 2 Chronicles Chapter 20 Verse 1 to 30, said that help would always come from above, not from man.

“We must recognise that over energy and intellect will not help us but it will come from above.

“Anytime you are confronted with a problem, either as a nation or in the Church, solution will come from God.

The Primate of All Nigeria Anglican Communion, Most. Rev. Nicholas Okoh, who was represented by Ven. Andrus Uka-Ejiofor, Vicar, St. James Anglican Church, Asokoro, led a prayer session for Nigeria.