Bedbugs cause Sniper war between students in OAU 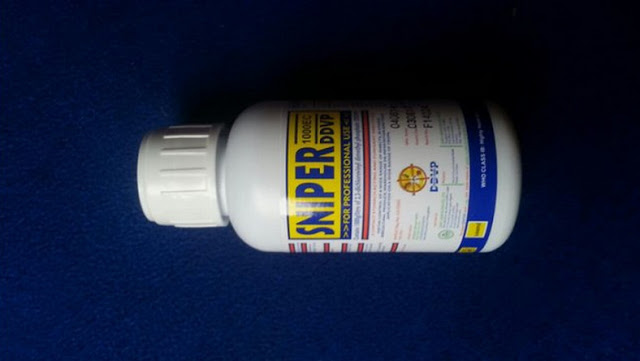 Hell was let loose on Saturday at the Obafemi Awolowo University, Ile-Ife when two students engaged in fierce fight and poured insecticide, Sniper, on each other.

The female students, who are in part-one in the institution, according to PUNCH Metro, were said to have engaged in a disagreement over who infested their room with bedbugs before attacking themselves with Sniper in the Mozambique Hall of the institution.

The incident was said to have caused fear among students who resided near the room where the incident happened.

One of the residents of the hall was reported to have narrated that trouble started when one of the roommates accused her mate of infesting the room with bedbugs.

“While one of the students poured the Sniper on her colleague’s face, the other targeted her opponent’s mouth.”

“We initially thought they were joking. All of a sudden, one of them poured Sniper on the other.

“We all shouted that it was unfair to do that but she said she was trying to kill bedbugs. The other one didn’t take it lightly; she started shouting and attempted to retaliate but we blocked her. We later reported the case to the hall warden and the case was resolved.

“When we got to the hostel, she started feeling pains and she suddenly took the Sniper and poured it on her opponent’s body too. One of us rushed to the school porter to make calls. The two of them were then taken to the health centre.”

When contacted, OAU Public Relations Officer, Mr. Abiodun Olanrewaju, told punch that a disagreement between two students led to the incident, adding that the matter had been resolved and the two students treated at the institution’s health centre.

“One of them wanted to use it (Sniper), the other disagreed. That was the genesis of the matter.

“It was a minor disagreement involving two students over the use of Sniper. It has been resolved. The two students were treated at our health centre here.

“Right now, I’m in Mozambique Hall. The matter has been resolved. No casualty at all,” he assured.