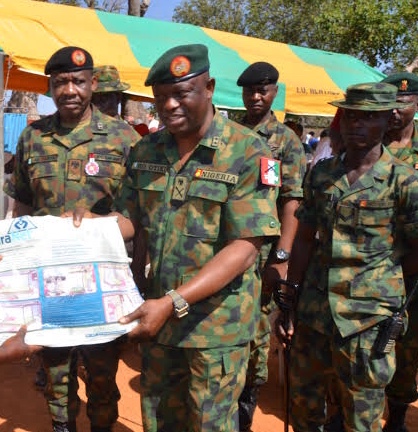 Lieutenant Audu Arihu, spokesman for the 8 Division Nigerian Army in Sokoto, has confirmed the theft of N400 million, not billions, by some lower ranked soldiers in July.

He also said investigations have commenced.

Apart from the quizzing, the former GOC was said to be under close watch and would be brought to Abuja after he was cross-examined by the Directorate of Military Intelligence, the Special Intelligence Bureau and the Nigerian Army Corps of Military Police.

Tracking the soldiers involved with the heist would be difficult as they abandoned their phones at the infantry corps in Jaji, Kaduna state before they escaped.