Why it is time for State Police 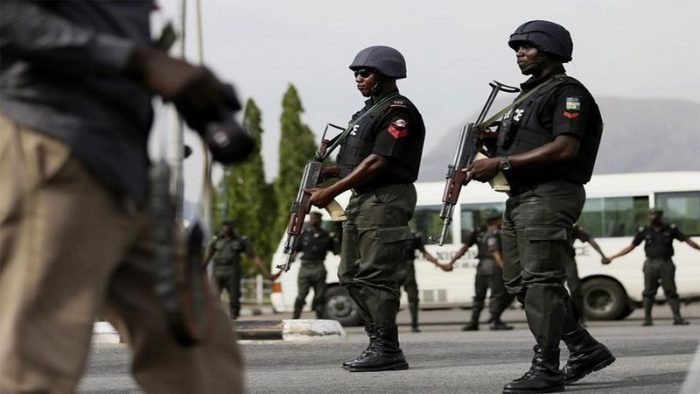 The Federal Government has kicked off a whirlwind of visits to a number of leading traditional rulers in Nigeria. This is aimed at what it called securing the peace and effective maintenance of law and order across the country. In connection with that, President Muhammadu Buhari has given Vice President Yemi Osinbajo the task of bringing up a synergy among the federal, state, and local governments and traditional rulers.

On Saturday 20 July, Prof. Osinbajo kicked off the wide consultations with key traditional rulers in Ogun State. He was with the Awujale of Ijebu Land, Oba Sikiru Adetona and the Akarigbo of Remo Land, Babatunde Ajayi. In the words of Osinbajo: “One of the things that Mr President has spoken about is the role of traditional rulers in maintaining peace and security in their own locality. As you know, they are the closest to the grassroots, to their communities. And one of the critical things that we expect is that even with our community policing efforts; we expect that there would be some interventions between the traditional rulers, the community police and some of the other efforts that they are making to improve intelligence to understand what is going on. We need to know who is where and what exactly is happening all around so that these can then be transmitted to the security agencies.”

With the way bandits, kidnappers and terrorists have held the nation by the throat, this is a welcome development. That is the acknowledgement that traditional rulers or the grassroots have a role to play in security matters.

Before the colonialists came, the different nationalities had different ways of securing their territories: Karnem Bornu, Oyo, Benin, the Igbo, Ijaw, Efik, Itshekiri. Among the Yoruba, for example, there was division of power: The Oba held executive power; the Oyo Mesi, legislative; Ogbonis and the Priests, Justice and the military was headed by the Aare Ona Kakanfo, the Generalisimo. At the micro-level, the hunters, headed by the Balogun, was in charge of security. He had the Esos (guards) who, like the present-day brigade of guards, that protected the king and secured the borders. Also, the Ilaris and Ajeles were like the European district officers who oversaw the dependencies.

That Osinbajo expressed that the grassroots are needed shows that it is the people at that level who know the geography of their own areas, the inhabitants, their history, their proclivities to either be pious or criminal in nature and the intruders that just came to town. In other words, the hunters can be of great advantage, the way Governor Ayodele Fayose, when he was in power, used them against the Fulani herders killing the Ekiti farmers.

The role of the Agbekoyas from 1968 to 1969 in the Old Western Region is a great example of grassroots mobilisation against any form of oppression (that time, it was against heavy taxation). Led that time by Mustapha Okikirungbo, Tafa Popoola, Adeniyi Eda, Adeagbo Kobiowo, Rafiu Isola and Mudasiru Adeniran, the Agbekoyas, according to Adedoyin Tella in connectnigeria.com had a charter of demands:

The efforts by the government to crush them with force failed woefully. In fact, a lot of myths were woven around how they rendered soldiers and cops powerless! However, as Tella narrated, the release of Chief Obafemi Awolowo helped to quell the riots, as he negotiated directly with the movement’s leaders.

Read the concluding part of the article by clicking TheNEWS