To see Gov Okowa at your convocation, commissioner gives conditions 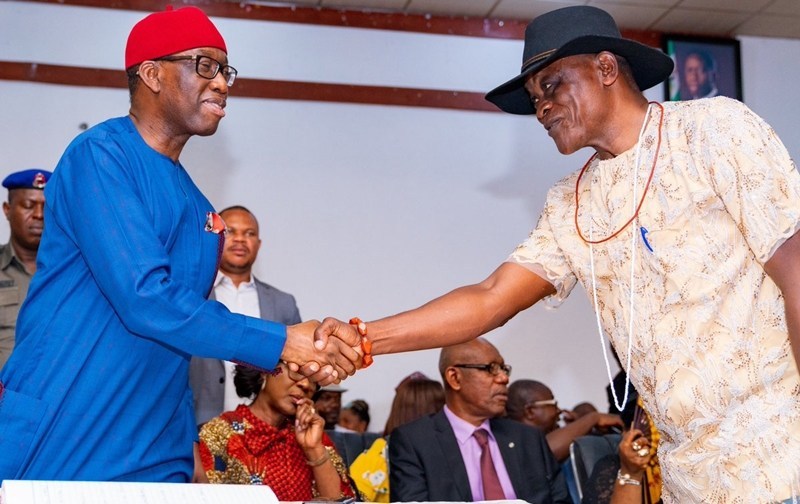 Prof. Patrick Muoboghare, Delta Commissioner for Higher Education, says tertiary institutions in the state must make ready certificates and transcripts for the graduands, before the governor attends their convocation ceremonies.

Muobaghare gave the condition in a statement issued by the ministry on Thursday in Asaba.

The commissioner was quoted to have given the condition while addressing members of the Governing Council, Rector and management staff of the Delta State Polytechnic, Otefe, Oghara.

According to him, Gov. Ifeanyi Okowa will no longer be a visitor to any state-owned tertiary institution’s convocation ceremony where the certificates and transcripts of the graduands are not ready.

He noted that in other climes, graduands on completion of their academic programmes, were awarded and given their certificates and transcripts without delay, but this had not been the case in Nigeria.

The commissioner said that the practice was unacceptable and advised the heads of the various institutions in the state to adhere strictly to the directive.

Muoboghare also commended the Polytechnic for putting into use the partially completed School of Mechanical Engineering complex.

He advised the Head, Welding and Fabrication Department, to organise a remedial programme for artisans not academically qualified but ready to undergo three to six months training in the trade.

The Rector, Prof. Emmanuel Ogujor, who conducted the commissioner and his team round the project sites in the institution said he had achieved a lost since he assumed duty.

He, however, appealed to the State Government to give the institution approval to recruit new staff to replace those that had retired or died.

Ogujor also appealed for funds to enable management equip the laboratories and workshops in the polytechnic, complete the numerous ongoing projects and rehabilitate the school gate.