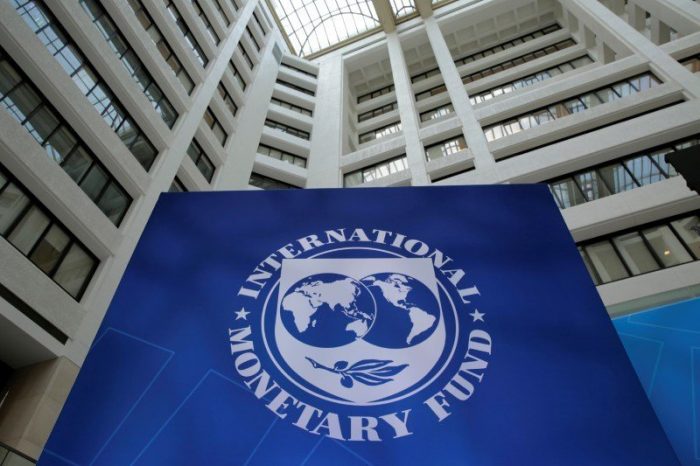 The Executive Board of the International Monetary Fund (IMF) has adopted an open, merit-based, and transparent process for the selection of the next managing director, the organisation has said.

In a statement it issued in Washington D.C. and made available in Abuja on Friday, the board said the process was similar to the one used in recent rounds.

It underscored the importance it placed on the successful candidate having the requisite global standing to lead the fund, which stands at the centre of the global financial system.

“Individuals may be nominated by a fund governor or executive director and as with past practice, we aim to reach a decision by consensus.

“The board intends to complete the process by Oct. 4,” it said.

The board said it approved the decision based on certain outlines.

It said that the successful candidate for the position would possess a distinguished record in economic policy making at senior levels and have an outstanding professional background.

It explained that a person could be nominated for the position by a fund governor or an executive director during a nomination period which would commence on Monday at 12:01 a.m., Washington D.C. time and close on Sept. 6, at 11:59 p.m.

“All nominations shall be communicated to the fund secretary, who shall obtain confirmation from each nominee of his or her willingness to be considered as a candidate.

“The fund secretary shall hold the names of the nominees in confidence until the end of the nomination period.”

According to the board, at the end of the nomination period, the secretary will disclose to it the names of those nominees who have confirmed their desire to be candidates.

It said if the candidates were more than three, the board would keep the names of the nominees in confidence until it had drawn up a shortlist of three candidates, taking into account the above candidate profile without geographical preferences.

It added that after shortlisting the candidates, the board would meet with the shortlisted candidates in Washington, D.C. and thereafter discuss the strengths of the candidates and make a selection.

IMF is looking for a new managing director following the resignation of Ms Christine Lagarde ahead of a decision on her nomination to become head of the European Central Bank.

The 63-year-old former French cabinet minister, who began her career as a lawyer, has been head of the IMF since 2011.