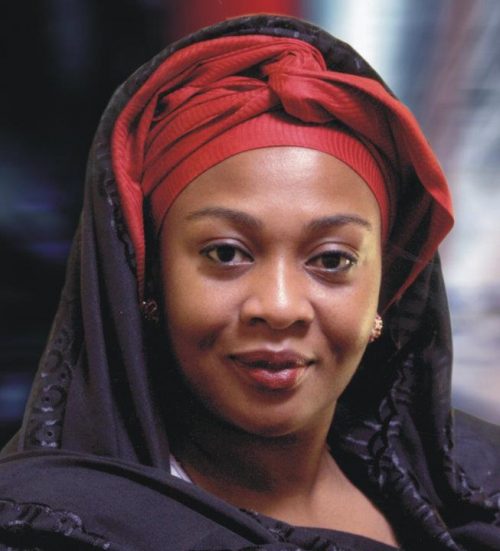 The Senate on Monday asked two ministerial nominees, Gbemi Saraki and Dr. Muhammad Mahmoud to take a bow and go without grilling them to know what they have to offer Nigeria.

Mahmoud was asked to take a bow for being an ex-state lawmaker.

Abaribe, however, said, “My hands are tied.”

But Lawan interjected, saying Abaribe’s hands were not tied as he was speaking on behalf of the Senate.

Mahmoud was the former Chairman of Buhari Support Organisation (Kaduna).

Also, Saraki was asked to take a bow for being a former senator.

Saraki, shortly after her address to the Senate, noticed Senator Dino Melaye, saying, “Ah, Senator Dino!” and both shared a hearty laugh.

Melaye is a close associate of her brother, former Senate President, Bukola Saraki.