Enyeama thanks Dijon FCO for chance despite failed deal 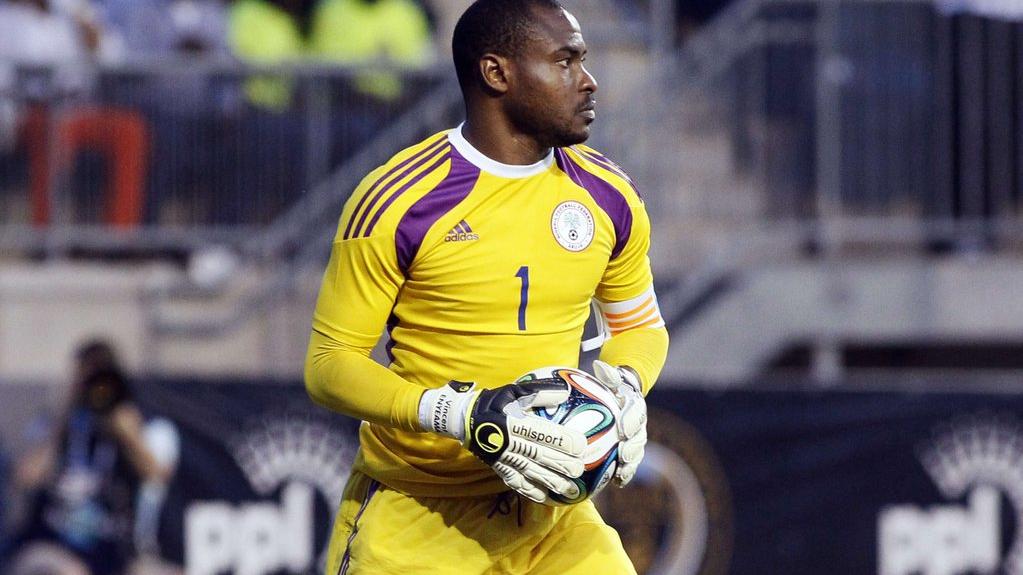 Former Nigeria goalkeeper Vincent Enyeama has acknowledged French Ligue 1 side Dijon for giving him a chance to train with the club’s team despite failing to sign a deal with the Reds.

The 36-year-old, who has not played competitively since April 2017 and was released by Lille in August 2018, trained with the club’s first team this week.

BBC reports that despite impressing officials and players, talks collapsed late on Tuesday following discussions regarding the structure of the deal.

Enyeama took to his social media to thank the club, “I want to thank the people of Dijon for the warm and excellent reception and the opportunity they gave me to train with their first team.”

“I have only good words and memories of you guys. I wish you all the best for the season. Go and show the championship what a great family you are. Good luck.”

Both parties may have different priorities going forward, but the former Enyimba and Hapoel Tel-Aviv shot-stopper is confident he can return to competitive action after more than two years away.

Enyeama still believes he can make to the highest level as he prepares for the next move.

“It was a wonderful period that made me realise that I can still play football at the highest level,” he added.

“That I can still win matches and trainings for my side. The [Dijon] players, coaches and medical staff were very wonderful.”

A two-time winner of the Caf Champions League with Enyimba in 2003 and 2004, Enyeama enjoyed success in Israel with rivals Hapoel Tel Aviv and Maccabi Tel-Aviv.

He switched to Lille in June 2011 and made 164 appearances for them, including the 2016 French League cup final where they were edged by giants Paris St-Germain 2-1.

His time at Lille also included 17 clean sheets from 35 league games in the 2013/14 season, that saw him emerge as the first goalkeeper to be named French Ligue 1 African Player of the Season.

Enyeama also played 101 times for the Super Eagles – making him the most-capped international for the West African nation – winning the 2013 Africa Cup of Nations in South Africa.