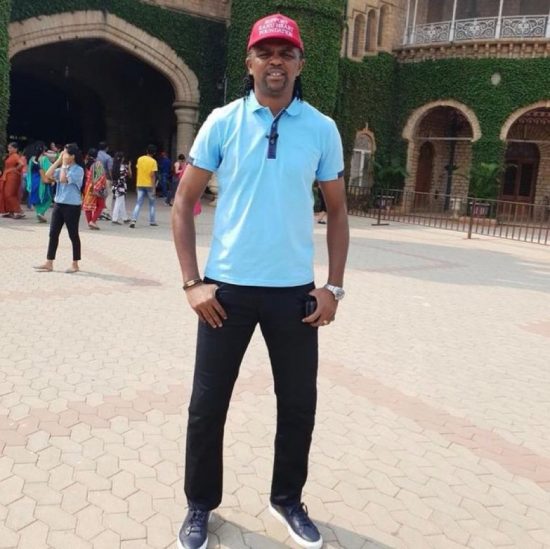 The gangling striker, who is almost 6feet 6inch tall, who was among the seven African soccer legends named in June as AFCON ambassadors by CAF clocked 43 today.

Kanu opened the floodgate of greetings and celebration when he announced on Twitter that he has clocked yet another year.

“Another year. I thank God for this day. I will keep working for others”, he wrote.

He is arguably one of the most decorated Nigerian footballers. He was among the Nigerian youth team that won the World Cup in Japan in 1993. He was also in the Olympic team that won gold in Atlanta in 1996. He was named African Footballer of the Year same year. He won the award again in 1999.

One of his best known charitable work was the Kanu Heart Foundation, borne out of his own career-threatening heart ailment that required some corrective surgery. At Inter Milan, Kanu underwent a medical examination which revealed a serious heart defect; he underwent surgery in November 1996 to replace an aortic valve and did not return to his club until April 1997.

At Arsenal, Kanu won the 2003 FA Cup with Arsenal. Along with other famous players, such as Henry and Robert Pires, Kanu is a member of the “Invincibles”, the Arsenal side that finished the 2003–04 season of the Barclays Premier League undefeated.

Arsenal were not the only people remembering their ‘invincible’. There were others as well.

Here are some of notable tweets:

Happy Birthday to a complete LEGEND. WE LOVE YOU PAPILO @papilokanu pic.twitter.com/yYxUXNsKFM

Happy Birthday Papilo! Your dedication to work and your generosity to total strangers will always inspire I and many others to do better. God Bless you King Kanu. 🙌🏾

Happy birthday papilo,, thank you so much for putting smiles on the faces of millions of Nigerians

🎆🎆 Happy Birthday! 🎂 To the king AKA @papilokanu make the good Lord continue to bless🙏 you and your family.
🍾🥂 pic.twitter.com/ha04SoWhlU

Happy Birthday king Kanu.. Papilo.. Your goals against Chelsea in London derby and that of Olympic against Brazil remains the best, the beautiful memories of your career for me..
Your health foundation is a + too. Thank you for your sacrifices.May the Lord bless you forever.Amen

And Arsenal remind us all why Kanu remains one of football’s greatest strikers by sharing some of the goals playing at Highbury: