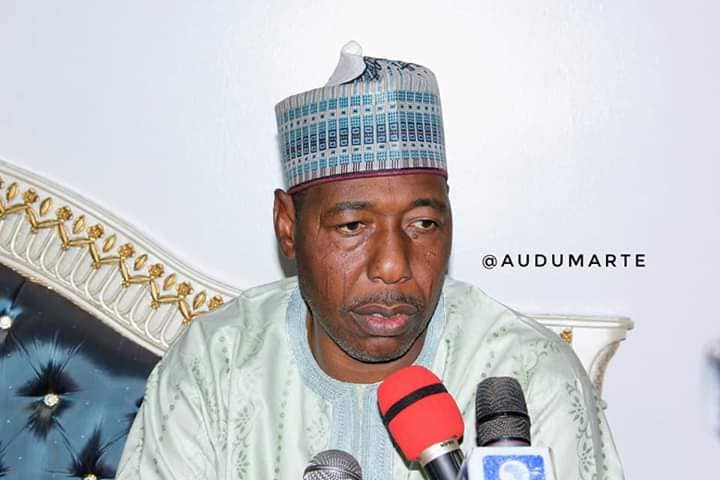 Governor Babagana Umara Zulum: orders rulers of Bama and Dikwa to return to their domains

Gov. Babagana Umara Zulum of Borno has directed the monarch of Dikwa, Shehu Masta and that of Bama, Umar Ibn El-Kanemi, to return home following the restoration of peace in their domains.

Mr Ndahi Sawa, the Director of Press, Government House, Maiduguri, announced the governor’s directive in a statement on Wednesday.

The governor said that the return of the traditional rulers would help to fasttrack resettlement and restoration of civil authorities in communities liberated from the Boko Haram insurgents.

Zulum also directed the commission and board to order teachers and workers to relocate to their respective duty posts across the state.

‘‘The secretary to the state government should write to the Shehu of Dikwa and that of Bama, as custodians of the people, culture, tradition and religious values, to relocate to their respective emirates alongside district heads and title holders whose responsibilities are critical to the affairs of the councils.

“The relocation of traditional rulers, local government staff and teachers is critical to the people residing at the grassroots.

‘‘If displaced persons could return to their homes; I see no reason why traditional rulers and council officials could not do so.

‘‘We have reached a stage where we must take our destiny in our hands,’’ Zulum said.

He urged the board and commission to ensure compliance with the directive and evolve effective monitoring system to check truancy and indiscipline among workers.

The governor warned local government officials against arbitrary recruitment of workers without clearance from the state government.

The Shehu of Dikwa, Abba Shehu Masta; and his counterpart of Bama, Umar Ibn El-Kanemi, relocated to Maiduguri after they were sacked by Boko Haram militants at the peak of the insurgency in 2012.

Similarly, local government workers have been operating from the state capital in spite of the resettlement of displaced persons in the affected communities in the past one year.