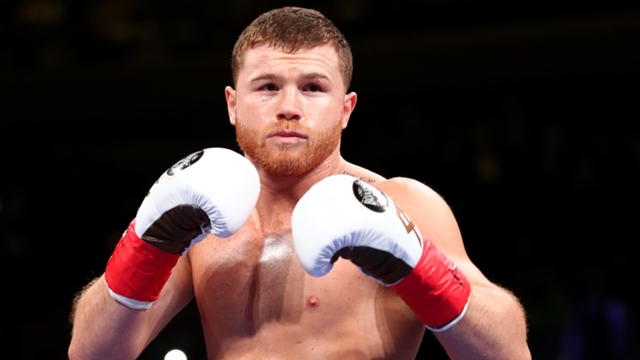 Saul Canelo Alvarez lost his IBF middleweight title on Thursday when his negotiations for his title defense against Sergiy Derevyachenko fizzled out with a fight not getting done.

The International Boxing Federation subsequently stripped the 29-year-old Alvarez of his IBF middleweight title. The deadline had passed on Thursday afternoon without Golden Boy making a deal with Derevyanchenko’s promoters, Boxing News 24 reports.

Once the deadline passed, Canelo was stripped of his title by the IBF. It was a situation where there were no winners. Canelo lost his title that he’d recently worked hard to win against Daniel Jacobs, and Derevyanchenko ends up not facing the superstar.

This would have been a big deal for Derevyanchenko if he’d been able to fight Canelo. Instead, the Ukrainian fighter will need to fight someone else for the belt.

Canelo likely views this as a minor setback, since he’s the biggest name in the sport. It would depend on ends up with the IBF title. If Derevyanchenko, who has no fan base to speak of, it might not be worth it for Canelo to pursue the fight.

DAZN had recently approved Derevyanchenko, 33, as an opponent for Canelo, which would have led to the Mexican taking a hit on his normal $35 million per fight deal. Golden Boy Promotions attempted to work a deal with Derevyanchenko’s promoters.

They had several postponements of purse bids in order to try and get the fight with Derevyanchenko done. The Ukrainian’s promoters wanted to make the fight with Canelo happen, but the money wasn’t to their liking. Whether Derevyanchenko’s management ultimately regret their decision not to take the money Golden Boy Promotions was offering is unclear.

According to boxing great, De La Hoya, “We are extremely disappointed at the IBF for forcing the world’s best fighter to relinquish his world title.

“And we have been in serious negotiations with Sergiy Derevyanchenko’s promoter. We offered his team an unprecedented amount of money for a fighter of his limited stature and limited popularity, but the truth is that I’m now certain they never had any intention of making a deal.

“But instead they wanted to force us to relinquish Canelo’s belt. This is an insult to boxing and more importantly an insult to the boxing fans of the world. This decision validates already existing concerns about the credibility of the IBF championship.”