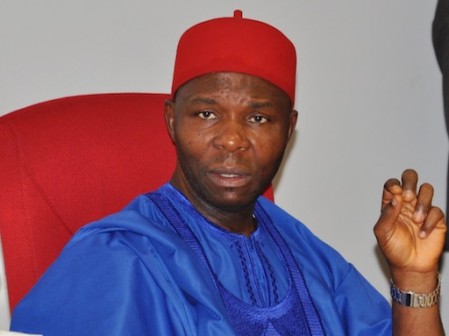 The items were procured as part of his constituency project and were supplied by the Federal Government before the election.

Utazi showed them to investigators from the Independent Corrupt Practices Commission (ICPC) on Thursday, with a promise that that he will distribute them from Tuesday.

Some reports had said the ICPC agents came to seal the country home of the senator in Nkpologu in Uzowani LGA, but Utazi debunked the report as lies.

He said the officials of ICPC came for their normal routine checks on constituency project empowerment materials.

“I showed them materials for the empowerment including 51 tricycles, 208 motorcycles, 212 grinding machines and five electricity transformers.

“They expressed happiness that the materials supplied by the Federal Government for senatorial empowerment in my district are all intact and I informed them I will start the distribution next week, Aug. 5.

“ICPC routine checks on project empowerment materials are for all federal lawmakers not for me alone,” he said.

The senator said he was surprised on Friday when some online news platform published that his country home had been sealed by ICPC for failure to distribute empowerment materials for Enugu North Senatorial District.

“Some journalists should try to investigate first before publishing, those that published that story did not even care to call me to verify the information they received.

“As a Christian, I hand over to God everything about my life as well as those who accuse me falsely so as to blackmail me.

“The source of the information that my house in the village has been sealed by ICPC has evil intention to tarnish my image,” he said.

Utazi, who is the Senate Committee Chairman on Primary Healthcare and Communicable Diseases, said he did not distribute the materials during election period because it would be as if he was inducing people to vote for him.

“I purposely want to distribute them during National Assembly annual vacation to enable me to supervise the distributions as well as to ensure that the right people benefited.

“By next Tuesday, I will start the distribution of the materials in Igboeze-South and Igboeze-North council areas, Wednesday will be for Udenu LG, Thursday Nsukka LG then Friday will be for Igboetiti LG while Uzowani LG will be on Monday August 12,” he said.