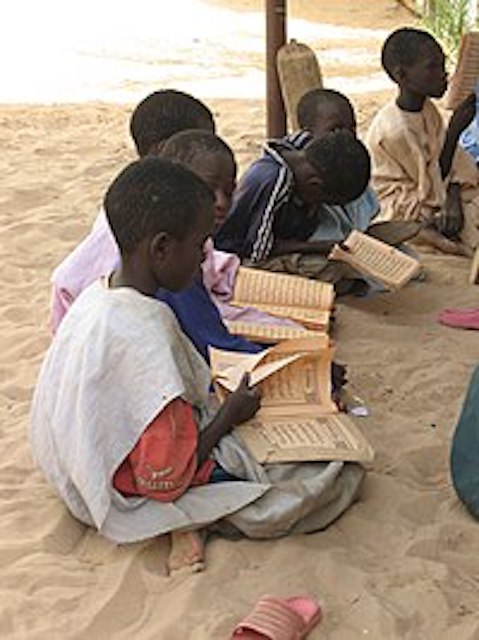 Quranic teacher jailed for sodomising 35 pupils. Above boys studying the Quran(Just for Illustration)

A 33-year-old Quranic teacher, Abubakar Abdullahi, who sodomised 35 pupils has been jailed for seven years by a Chief Magistrates’ Court in Minna, Niger State.

Abdullahi, a resident of Sabon Gari, Kontagora, was charged with unnatural offence, contrary to section 284 of the penal code.

The Police Prosecutor, ASP. Daniel Ikwoche, told the court that one Murtala Abdullahi, a Hisbah Commander in Kontagora Local Government Area reported the matter at the ‘A’ Police Division in Kontagora on July 22.

The prosecutor thereafter prayed the court to try him summarily in line with section 157 of the Criminal Procedure Code.

In her ruling, Magistrate Hauwa Yusuf, sentenced Abdullahi to seven years in prison with hard labour.

Yusuf, however, said the convict will have the option of a N2 million fine after serving the first four years of his sentence.