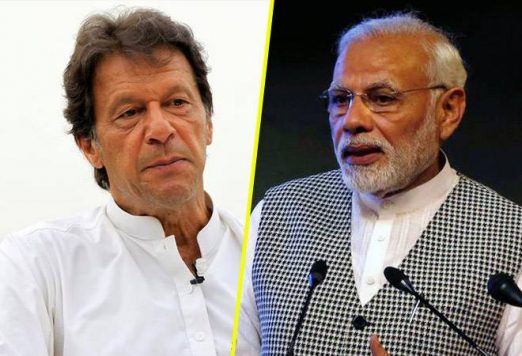 Pakistan has announced a downgrade of diplomatic relations with her neighbour India and expelled India’s envoy.

It also suspended bilateral trade, in double reactions over India’s decision to end the 70 year-old special autonomy granted disputed Kashmir. India followed up by dividing the territory into Jammu and Kashmir.

Islamabad also said it would approach the United Nation’s Security Council against the move.

In a tweet following Prime Minister Imran Khan’s meeting with the National Security Committee, the Pakistan government enumerated the steps they plan to take.

1-Downgrading of diplomatic relations with India.

2-Suspension of bilateral trade with India.

4-Matter to be taken to UN, including the Security Council. 5-14th of August to be observed in solidarity with brave Kashmiris,” the tweet read.

The meeting was attended by top civil and military leadership.

The announcement comes a day after Pakistan Prime Minister Imran Khan warned that the Kashmir move will have “serious repercussions”.

On Tuesday, hours after Union home minister Amit Shah indicated to parliament that the government that Pakistan-Occupied Kashmir was on government’s radar, Imran Khan spoke of retaliation.

“They (India) will do something in PoK (Pakistan Occupied Kashmir)… we will retaliate… Will fight till last drop of blood,” he said at the joint sitting of Pakistan’s parliament.