Nigerian Pastor cries out over threats to life 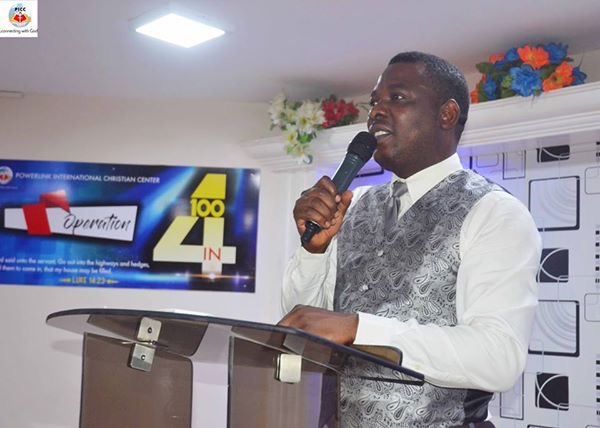 A Nigerian Pastor, Ayokunle James Adeyemi of Powerlink International Christian Centre, has raised the alarm over threat to his life by unknown men who accused him of disturbing them with church activities.

While narrating his ordeal, Adeyemi said he was driving out of the church compound when two men on face caps walked his to car and told him,  “your prayers are disturbing us in this environment, you must stop else what your eyes will see will be so terrible, and you may not live to tell the story. You are warned!”

Adeyemi, who said he never took the incident serious at first, witnessed another similar incident this year which made him realized his life was in danger and quickly reported to the appropriate authorities.

Read his full story below;

In November 2018, I was in my car driving out of the church compound when two men on face caps walked into the compound towards me then they issued a threat as I quote “your payers are disturbing us in this environment, you must stop else what your eyes will see will be so terrible, and you may not live to tell the story. You are warned!” I was shocked, I thought maybe they were drunk as I gazed at them while they walked away. This was the first time, I never take it serious though I was afraid but I couldn’t believe they were serious so I drove out and went my way.

In February 2019 I was at the church office, I was the only one in the church compound doing study in my office, suddenly I heard a knock on the office window, I was about to turn around and see who was knocking when one of them yelled “don’t you dare look at us, we warned you earlier but it seems you never want to listen. We said your prayers are disturbing us, you are looking for our trouble and you will get it if you are not careful” so they turned around and started walking away just like the first time, they were also on caps just to hide their identity. By now I knew they were dead serious and that my life may be in danger. I realized this is a life-threatening situation, my security is of optimum importance. So I decided I will do my best not to be alone in church again because by now I am already afraid that my life may be in danger.

By May 2019 I was in the church auditorium while our head of sanitation was cleaning the church toilets located at the rare end of the church. I heard some footsteps so I stepped out to the compound to see who was there, to my surprise I saw no one. Then I went straight into my office then these two unknown boys walked towards me and issue their threats as usual, only that this time it was more aggressive and fierce. I was confused and I knew that after this third attempt something bad will happen. They could have attacked me on this faithful day but due to the voice of the woman cleaning at the convenience singing they were restrained. Then they left quickly. I spoke with military personnel who happened to be a member of our church so she advised me to report the case to the police.The three incidences were reported at the human right commission division of Gowon Estate police station.

Attacks on churches and pastors all over the states in Nigeria are alarming, my safety became a concern so I contemplated on what to do for a while couple with this consistent threat and Persecutions. I came to the conclusion that I meant need to speak about to the public so that we can take our security more serious. I just want to serve my God and live a quiet life with my family. I do not want to be numbered among Pastors murdered by ‘sects and clans’ in Nigeria since I didn’t know who these people are and their agenda.