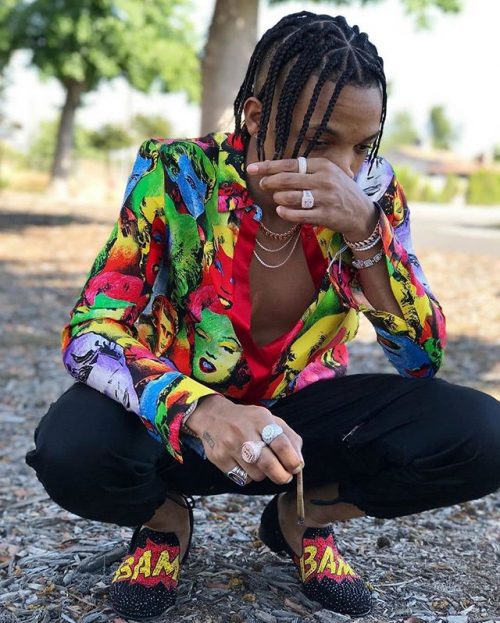 Tekno: arrested and given administrative bail by police

Nigerian musician, Augustine Kelechi, a.k.a. Tekno and his video producer, Lawal Tijani, have been arrested by the police in Lagos for breaching public decency by conveying dancing semi- nude girls in Lekki.

Tekno was arrested Tuesday and was interrogated at the state Criminal Investigation and Intelligence Department (SCIID), Panti, Yaba for several hours before being granted administrative bail on health grounds, The Guardian reported.

The Guardian also reported that the owner of the display truck is in police custody.

Tekno last week conveyed semi-nude girls, who were dancing seductively in a transparent glass box on a truck around the Lekki-Ikoyi Link Bridge. In the truck, the musician was seen spraying the scantily dressed girls with money as they danced.

Tijani and Tekno on Sunday apologised to Nigerians .

In his defence, Tekno said he merely used the truck to convey his crew to a location for a shoot.

The video clip, which had gone viral on social media, was said to be part of a scene from Tekno’s unreleased video, titled Agege, featuring musician, Zlatan Ibile.

“The command has arrested Tekno and two girls for conveying half naked girls at the Lekki area of Lagos. He is presently undergoing questioning at the state Criminal Investigation and Intelligence Department (SCIID), Panti.”

The police said such acts of public indecency is against the criminal code and if after investigation those involved are found guilty, they would be charged to court.

However, the firm said that it had sold the vehicle since last year and could not be held liable.

Section 136 of the Criminal Law of Lagos State, 2015, provides that any person who commits any act of gross indecency with another person in public commits an offence and is liable on conviction to three years imprisonment.