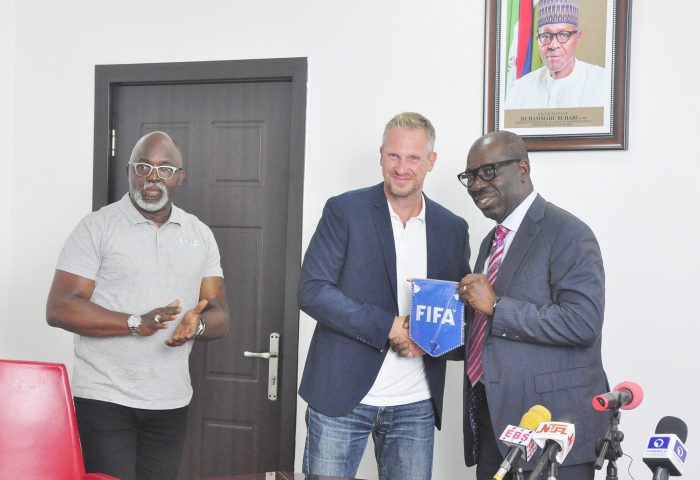 Governor Godwin Obaseki of Edo State, has reiterated the state government’s readiness to host the FIFA Under-20 Women’s soccer competition as well as the National Sports Festival next year.

He gave the assurance during a meeting with a delegation of the Nigeria Football Federation (NFF) and FIFA inspection team at Government House in Benin City.

Obaseki noted that the revamped​ Samuel Ogbemudia Stadium which is near completion, would host various local and international sporting events.

“We take sports seriously in the state because 72 per cent of our population are under 30 years of age. We are building 20 mini-stadia across the state and four of the stadia can be used as practice fields,” he said.

Earlier, the NFF President, Amaju Pinnick, commended the Governor for reviving sports in the state, especially the repositioning of Bendel Insurance Football Club.

“You have done a lot for football development in the country and the Nigerian football community wants me to thank you for the role you played in ensuring our girls qualified for the last under-20 World Cup.”

He added that Edo would also be hosting a match between the Super Eagles and Benin Republic on November 11 as well as the NFF Annual General Conference.