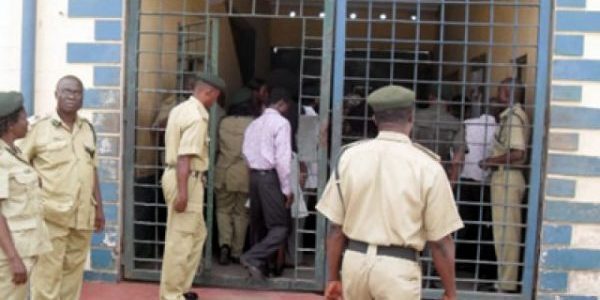 A prison in Nigeria

The Deputy Controller-General of Nigerian Prisons Service (NPS) in charge of Operations, DCG Aremu Tajudeen, said the organisation had evolved strategic measures to strengthen the security around all the prisons across the country.

According to a statement issued in Benin on Thursday by the Public Relations Officer of Edo command of the service, Tajudeen said this when he visited the state command of the organisation.

He also said that the security of prisons was interconnected with national security.

He was in Benin to assess the security situation in various prisons in the state, especially the Medium Security Prison (MSP) Oko, Benin where an imminent jail break was recently averted.

He urged members of staff of the command to continue to maintain professionalism, remain alert and poised to deal with any situation.

“Every form of negligence or compromise should be avoided and strict discipline should be sustained and enforced as always,” he was quoted to have said.
He expressed satisfaction with the synergy and mutual support among the various security agencies in the state.

Tajudeen was reportedly accompanied on the visit by the Assistant Controller-General of Prisons, ACG Zone “G”, Mrs Okereke Clementina, the state Controller of Prisons, Mr Joseph Usendiah, among other senior officers.

The Commissioner of Police, Mr Danmallam Abubakar, recently alerted the controller of Edo prison command about an intelligence report of the alleged plot by some suspects to attack Oko prison with explosives.

Some suspects were said to have been arrested by the police in connection with the plot to forcefully secure the release of some kidnap suspects being remanded in the prison.