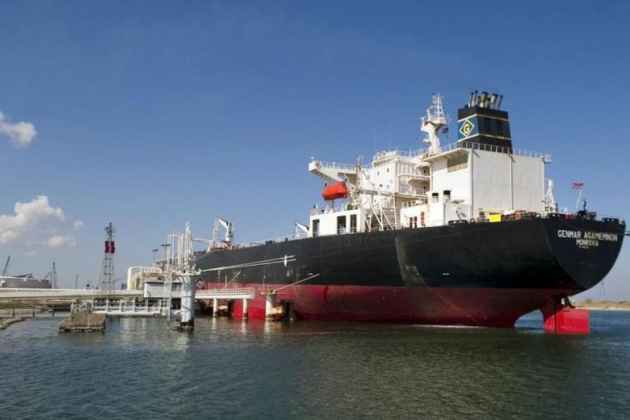 A vessel with US shale oil

Nigerian crude has suffered its slowest sales of the year in August, traders said, as U.S. exports of competing light, sweet grades flood traditional markets in Europe and Asia.

It is bad news for Nigeria’s 2019 budget and foreign exchange reserves as it is 90 per cent funded by oil sales.

Crude from Nigeria has largely been pushed out of the U.S. market in the last decade due to booming domestic output. Exports to the United States slid to zero for three weeks in July, the U.S. Energy Information Administration said.

But now shale oil from the U.S. Permian basin is pouring ever more into traditional strongholds for Nigerian oil in Western Europe, India and Indonesia.

Both Nigeria and the United States are big producers of the kind of light, sweet grades that are ideal for refining into gasoline.

According to IHS Markit, Europe has imported around 46% of Nigeria’s oil since the beginning of 2019, India nearly 18%, and the rest of Asia about another 10%.

“They’re facing bigger competition from the U.S., and in the last few weeks, U.S. exports have really picked up,” one major buyer of West African crude told Reuters.

As many as forty cargoes for export in August were still in need of buyers when Nigeria began publishing its preliminary programme for September exports beginning on Jul. 18.

It was the largest oversupply so far in 2019, with about 25 cargoes the monthly norm.

Though the excess has begun to clear, in part due to energy majors absorbing much of the excess into their own refining systems, the discounts sellers made to attract interest has lowered price expectations for Nigerian exports for September.

“They’ve got a big volume still remaining, and though the number of cargoes left for August is in the single digits, it seems to be taking longer and longer to clear lately. It’s not a pretty picture,” the crude buyer said.

A fire and explosion on June 21 which shut down the Philadelphia Energy Solutions (PES) refinery – a consistent buyer of Nigerian oil – only added to the marketing challenge.

Up to two month’s worth of light sweet oil, or about 20 million barrels, from West Africa and the North Sea which had been scheduled to arrive there were rerouted elsewhere at steep discounts, and prices have not since recovered in either region.

“Demand has been dire. (We) need margins to improve quickly and dramatically,” one seller of Nigerian oil said.

Traders said the competition for European demand was helping drive down offers for similar cargoes elsewhere.

“Imports of U.S. crude into Europe … (are) obviously having an impact on sweet demand in other regions.”

In a statement in May, the White House hailed U.S. inroads into far-flung markets “We are exporting more and more energy as production soars and President Trump negotiates better market access for our producers,” it said.

Mele Kolo Kyari, the new managing director of the Nigerian National Petroleum Corporation (NNPC), assured Reuters in an interview that buyers would not soon lose interest.

“I think the advantage we’ve had is the quality of our crude,” he said. “We know (buyers) will come.”