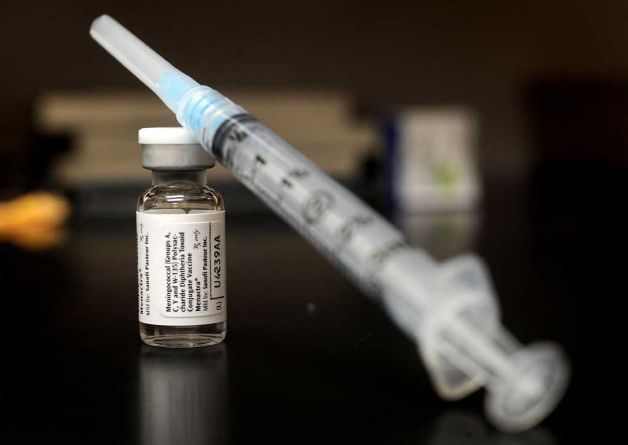 Plateau Government on Friday launched immunisation of children against meningitis to checkmate any outbreaks of the disease in the state.

Dr, Livinus Miapkwap, the Executive Secretary, Plateau Primary Health Care Board (PHC) who launched the four-day immunisation in Jos, as he described the meningitis vaccine as “cheap” and “very safe”.

The executive secretary said that the routine immunisation being carried out in the state periodically was to ensure healthy children.

He added that “this meningitis vaccination is targeted at children between nine months and 15 months across the nation and we on the Plateau are launching ours today (Friday).

“This vaccine was graciously provided by UNICEF and WHO. It is safe and has no side effect; it can be kept up to 40-degree centigrade, thereby saving
cost of cooling, unlike other vaccines required to be kept under 2–8 degree centigrade.”

Miapkwap said that the Gov. Simon-led administration was keen at “ensuring the citizens of the state particularly children, youths and the aged are in good health.”

He thanked WHO and UNICEF for donating the vaccine and urged parents to ensure that their children were immunised against the disease, saying “prevention is better than cure.”

Dr Azzuwut Polycarp, the Permanent Secretary, Ministry of Health, said that “the government is doing all it can in the area of healthcare delivery
to ensure that there is no any outbreaks of disease in the state.”

The permanent secretary said that the commencement of the meningitis immunisation was part of government’s strategies to checkmate any outbreak.

Polycarp urged the people of the state to watch out for symptoms of meningitis in children, listing vomiting, convulsion, fever and headache as some of the symptoms.

Mrs Margaret Amshi-Gitowa, the UNICEF Health Specialist, commended the Plateau Government “for cooperating with UNICEF toward making
sure that immunisation starts.”

The specialist, who was represented by Mr Pita Obam, the UNICEF Communication Development Consultant in Plateau, pledged to continue with the partnership to ensure that the people of Plateau remained healthy.