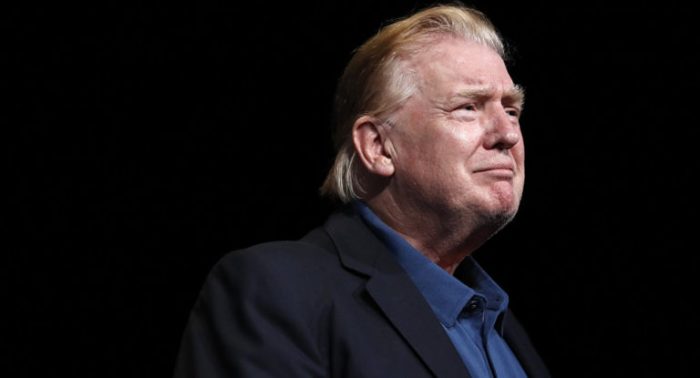 Top United Nations human rights experts have called on the U.S. to “take swift and decisive action” to quell hate speech and racist language and recognise their connection to violence, in the wake of recent mass shootings.

“The U.S. must recognize the direct impact that racism, xenophobia and intolerance have in promoting violence and in creating fear and instability in ethnic and religious minority communities,” said Ahmed Reid in a statement from UN headquarters in Geneva, titled: “Perpetuating racism perpetuates violence.”

Reid is the Chairman of the Working Group of Experts on People of African Descent, which is part of the UN Office of the High Commissioner on Human Rights.

After offering “our heartfelt condolences to the families, friends and loved ones of those who were murdered,” the group cited the mass shootings in Texas and Ohio last weekend.

The high commissioner herself, Michelle Bachelet, also welcomed the condemnation of the “racism, hatred, and white supremacy” in the U.S.

“We unequivocally condemn racism, xenophobia and intolerance – including white supremacy – and call on states, not just the U.S. but all states, to take positive steps to eradicate discrimination,” rights commission spokesman Rupert Colville told journalists in Geneva on Tuesday.

The U.S., the experts said, must demonstrate a commitment to human rights, which includes people’s right to equal protection under the law – protections they said are currently lacking.

Tendayi Achiume, the UN Special Rapporteur on contemporary forms of racism, racial discrimination, xenophobia and related intolerance, said: ”There should be no doubt that the use of hate speech, intolerance, bigotry, and racism by politicians and leaders to secure or maintain popular support renders those individuals complicit in the violence that follows.

“The increasing use of divisive language and attempts to marginalize racial, ethnic and religious minorities in political speech has functioned as a call to action, facilitating violence, intolerance and bigotry.

“The connections between mass shootings and white extremist ideology are well-established, and celebration of these atrocities in white nationalist social media is common.”

Patrick Crusius, who allegedly gunned down dozens and killed 23 in an El Paso, Texas, Walmart last Saturday, posted a racist, anti-immigrant screed online about 20 minutes before the shooting.

He is being held without bond as federal authorities investigate it as a case of domestic terror while pondering hate crime charges.

Dayton, Ohio, shooter Connor Betts, a 24-year-old who was gunned down by police 30 seconds into his rampage, was exploring “violent ideologies,” the FBI has said.

Betts, who had shared left-leaning and anti-police tweets on a since-deleted Twitter account, killed nine people in a popular night-spot section of Dayton.

According to the experts, “The manifestos and social media posts of these attackers reflect political discourse that devalues and dehumanizes people on the basis of their race, religion, immigration status and/or ethnicity.

“The attackers in several mass shootings cited this rhetoric, along with ideas propounded by white nationalist movements and populist movements, as inspiration,” dpa news reported.