Hong Kong heads into another weekend of protests 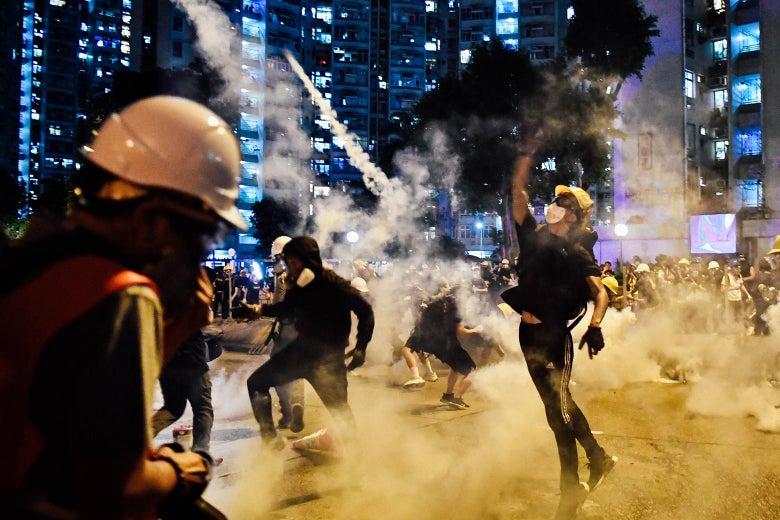 FILE PHOTOS: Protesters say Hong Kong's protests must continue, even if their demands won't be met.

Anti-government protesters in Hong Kong were set to clash with police for the tenth consecutive weekend on Saturday as residents planned to return to the streets despite a ban.

Marches were planned for Tai Po district in the New Territories at 3 pm (0700 GMT) and later in Wong Tai Sin in Kowloon.

Hong Kong police have denied protesters a letter of “no objection,” meaning that the demonstrations this weekend are not considered to be legal assemblies.

Both locations have been the site of intense police-protester clashes in recent weeks.

Protesters were also due to return to Hong Kong International Airport, where scores are staging a three-day sit-in to attract international attention to their cause.

Protests began in Hong Kong on June 9 against a controversial legislative bill that would have allowed for the extradition of suspected criminals to mainland China.

Since then protesters have expanded their demands to include an independent commission into police brutality and for universal suffrage in the election of the city’s leadership.

The city’s leader, Chief Executive Carrie Lam, has however refused to make any concessions to protesters although she has declared the bill suspended, but not fully withdrawn as protesters demand.