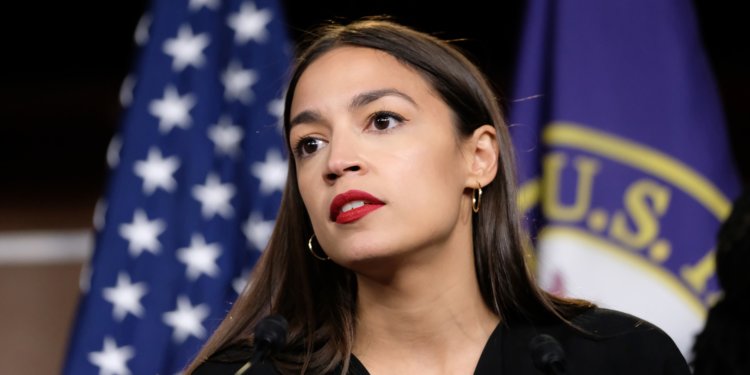 An Ohio man who allegedly told Capitol Police he was proud of a Facebook post suggesting Representative Alexandria Ocasio-Cortez “should be shot” was arrested at his Toledo residence Thursday.

That same person took a screenshot of the post, which was linked to a news story about Ocasio-Cortez, and sent it to Capitol Police.

“She should be shot,” the post said referring to Ocasio-Cortez.

“Can’t fire me, my employer would load the gun for me,” she added.

Anika Legrand-Wittich, a spokesperson for Ocasio-Cortez’s office, said, “We have no comment.”

Ocasio-Cortez, of New York, and fellow Democratic representatives Rashida Tlaib of Michigan, Ilhan Omar of Minnesota and Ayanna Pressley of Massachusetts were the targets of racist tweets July 14 by President Donald Trump, which has heightened safety concerns for the lawmakers.

When Ireland was asked by Capitol Police Special Agent Lawrence Anyaso about the statement he made on Facebook, Ireland said he was very proud of it, an affidavit supporting the criminal complaint revealed.

According to the affidavit, Ireland also said in that telephone interview that he always carries concealed guns, has guns for hunting and that everyone knows he has guns.

He was arrested on the warrant outstanding in Florida.

“The mission of the United States Capitol Police is to protect the Congress, the U.S. Capitol, and all who work and visit.

“I want to thank our special agents for their excellent work in investigating this case as well as our law enforcement partners and the U.S. Attorney’s Office for their assistance,” said U.S. Capitol Police Chief Steven Sund.