Hajj, not “free for all business” - NAHCON 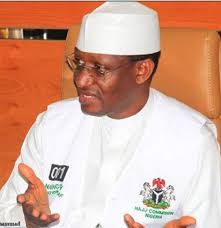 The National Hajj Commission of Nigeria (NAHCON) says Hajj will no longer be a market shopping in the nearest future.

Alhaji Abdullahi Muhammad, the Chairman of the commission, disclosed this while fielding questions from newsmen in Muna.

He expressed concern over a trend whereby people, desirous of performing Hajj, would wait till the commencement of the exercise before paying their fares.

He also noted that some officials of the state Muslim Pilgrims Welfare Boards did not understand the programmes put in place by the commission for Hajj, adding that they thought that Hajj is a “free for all business.”

“What we are looking forward to is a situation whereby if you want to perform Hajj, say in five or four years to come, you plan, pay your fare and attend classes to ensure you properly understand what Hajj is all about,” he said.

According to the NAHCON boss, as soon as 2019 is over, the commission will reel out various programmes where state officials will be trained and be expected to train others on Hajj activities before the commencement of the next Hajj.

Contributing, Sen. Aliyu Ndume, advocated Hajj subsidy for Muslims desirous of performing the annual spiritual exercise but did not have enough money to achieve their aim.

“The N1.5 million or N1.4 million being paid as Hajj fare is too much. I want a situation whereby if a Muslim has N800,000 and wants to perform Hajj, government can subsidise the balance to enable him or her perform Hajj,” he said.

The senator commended NAHCON for digitalising Hajj programmes, coupled with provision of adequate accommodation and effective transportation, among others, aimed at making pilgrims get value for their money.

Some Nigerian pilgrims were seen exchanging pleasantries on the occasion.

Others used part of the day to throw stones at the three devils in Muna as part of the Hajj rites.