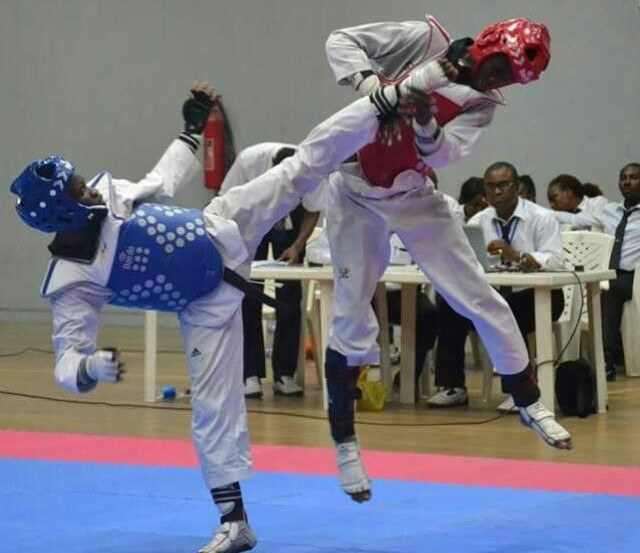 The Chairman of Enugu State Taekwondo Association, Ebere Amaraizu, says Taekwondo has all it takes to foster positive lifestyle of children in the country.

Amaraizu made this known in Enugu on Monday while speaking on the Enugu State Taekwondo Kids/Children Training Programme.

According to him, taekwondo as a sporting event has what it takes to turn around negative fortunes to positive fortunes among children; thereby making our society safer and secure.

“This is because taekwondo teaches perseverance, endurance, discipline and good morals. It also teaches survival skills which are needed in day-to-day activities of man.

“We engage our children positively using taekwondo games, apart from personal defence that it offers.

“We have built a veritable taekwondo children programme in Enugu State where we teach them tenets of taekwondo game and what it is all about,’’ he said.

Amaraizu said that the association through the programme wanted to catch-them-young, thereby building the taekwondo mentality in them from onset.

“We have also established a channel of connectivity with secondary schools and tertiary institutions so that youths will get to know about taekwondo and what it teaches in line with its tenets.

“We have seasoned, trained and certified taekwondo coaches and this has taken the game to an enviable height in the state,’’ he said.

On the upcoming Taekwondo Children/Youths Competition slated to hold in Enugu, Amaraizu noted that preparations had been in top gear for the competition.

“On that day, Taekwondo National Grand Master, Emmanuel Ikpeme, will be in Enugu to grace the occasion and to award black and other belts to deserving children and youths,’’ he said.