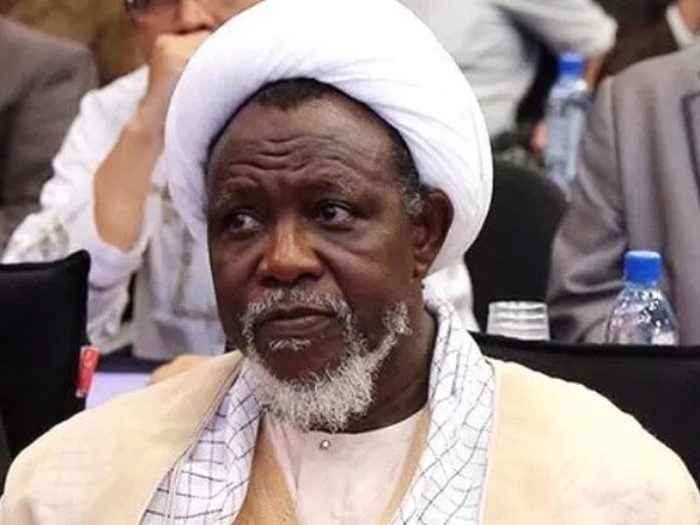 Ibrahim El-Zakzaky: leader of the Shiites

A non-partisan, public policy and good governance group in Nigeria has said that the leader of the Islamic Movement in Nigeria (IMN), Sheik Ibrahim El-Zakzaky chose the hospital which he hurriedly ditched to return to Nigeria on Friday.

The Initiative to Save Democracy, ISD, recalled that the Press Release by the Permanent Secretary, Ministry of Information had clearly revealed that it was the cleric who made the choice, just like he also indicated in his request to the Court.

The group dismissed insinuations that the Federal Government had anything to do with his choice of the hospital.

In a press statement on Friday, President of the group, Peter Oladele said the suit filed by El-Zakzaky’s lawyer which resulted in his release for medical treatment stated the hospital where he would be receiving treatment.

He said the Nigeria Shiite leader and the IMN were only trying to be mischievous by politicising his abrupt return to Nigeria.

“The facts are there and they are clear, Sheikh El-Zakzaky and his lawyers picked the Medanta Hospital so he has no reasons to complain.”

He stressed that the Permanent Secretary, Federal Ministry of Information and Culture, Grace Isu Gekpe, said the Indian authorities were vexed by the unruly behaviour of El-Zakzaky.

Mr. Oladele said El-Zakzaky refused to subject himself to preliminary medical checks after officials resisted pressure to give him his international passport.

Quoting Mrs Gekpe, he said, “He demanded free movement and access to visitors of all kinds and also requested to be allowed to be checked into a five star hotel instead of being admitted in a hospital.

“The request was rejected on the ground that he came into the country for medicals, and not as a tourist, especially with the visa issued on medical grounds and not tourism.

“Against medical ethics and standard practice, he requested to nominate doctors of his choice to join the ones tasked by Medanta Hospital to perform medical treatment on him and his wife.

“That demand created a stalemate as the hospital insisted that he would not dictate to it on the choice of medical personnel to carry the required medical treatment.

“Frustrated by his antics, the Indian authorities have expressed willingness to return him to Nigeria with immediate effect. This is on the account that they will not allow him use their country to internationalise his group’s activities.”