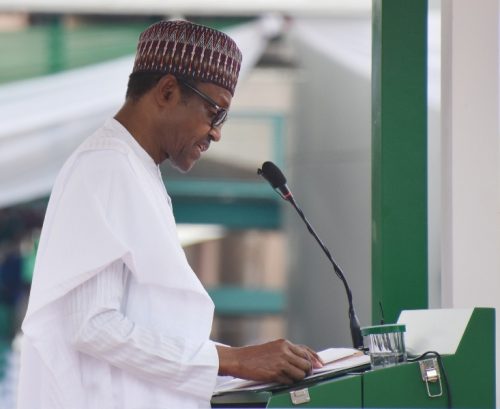 President Buhari says he has to plan to groom his successor.

The Manufacturers Association of Nigeria (MAN) says clarity is needed on President Muhammadu Buhari’s directive on restriction of foreign exchange for food importation.

Mr Segun Ajayi-Kadir, Director-General of MAN disclosed this on Friday in Lagos.

President Buhari gave the directive when he hosted the All Progressives Congress (APC) governors at his country home in Daura, Katsina state during Eid-el-Kabir on August 13.

The president said the foreign reserve would be used strictly for diversification of the economy and not for encouraging more dependence on foreign food.

“Though the directive was laudable, clarity would be required and the country needed to be deliberate and strategic in pursuing such a far-reaching monetary measure.

“Especially in the light of our vulnerability occasioned by trade agreements that require the country to be more open to imports and the well-known antics of our neighboring countries,” Ajayi-Kadir said in a statement.

According to him, the directive is broad and needs to be specific and targeted, adding that there should be strategic implementation to achieve the purpose intended by government.

“We need to know what type of food; finished and ready to eat or as input for further processing.

“In the case of the latter (in particular) we need to know the local capacity available compared to national demand and if not adequate, creditably determine what time and resources are needed to ramp up capacity and production.

“It is pertinent to pre-determine these suggestions as part of the implementation strategy.

“To achieve sustainable self-sufficiency, local producers ought to be incentivised otherwise we may be inviting a looming barrage of smuggling activities,” he said.

He warned that the policy might be counterproductive if implemented by fiat, without ensuring necessary alignment with the fiscal and other economic policy initiatives of the present administration.

Ajayi-Kadir stressed that the necessary support that would sustain the “steady progress in agricultural production” and attainment of “full food security” should be considered.

He added that the Central Bank of Nigeria (CBN) would need to conduct an assessment of the country’s position in practical terms and realistically weigh its options before embarking on such a far-reaching policy.

“There should also be a process to be followed before such a plan is unfolded. On an issue as critical as this, a unilateral decision could be counterproductive when the operators are not duly consulted.

“We must also consider the state of our infrastructure and its capacity to respond and support the policy,” he said.

He said the association believed that value addition to products created more jobs and wealth for the nation.