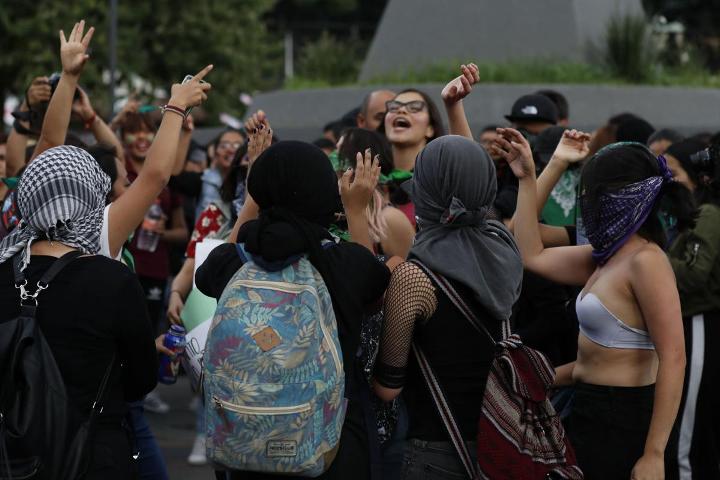 Women join in a protest, demanding justice and for their safety, in Mexico City on Friday, Aug. 16, 2019 (Photo: Courtesy of NAN)

Hundreds of women took to the streets on Friday in the Mexico City to protest violence against women.

The demonstrations came after two young women had separately claimed to have been raped by police in Mexico City over the past two weeks.

According to dpa reports, fires broke out in several locations, including a police station and a monument to Mexican Independence.

A man punched a television reporter during a live broadcast.

Seventeen people were injured, including 14 police and two journalists, according to media reports.

The demonstrators were demanding justice for two teens, who were reportedly victims of sexual assault.

On the evening of Aug. 3, a 17-year-old girl was allegedly raped by several police officers when she was on her way home.

In the second case, a 16-year-old said a police officer raped her in a museum where she worked as an intern.

The mayor of Mexico City, Claudia Sheinbaum, said six policemen had been suspended.

According to UN data, two-thirds of women over the age of 15 have experienced some form of violence in Mexico and around 35,000 women have been killed as a result of their gender in the past 25 years.