PDP to Buhari: Your presidency stinks 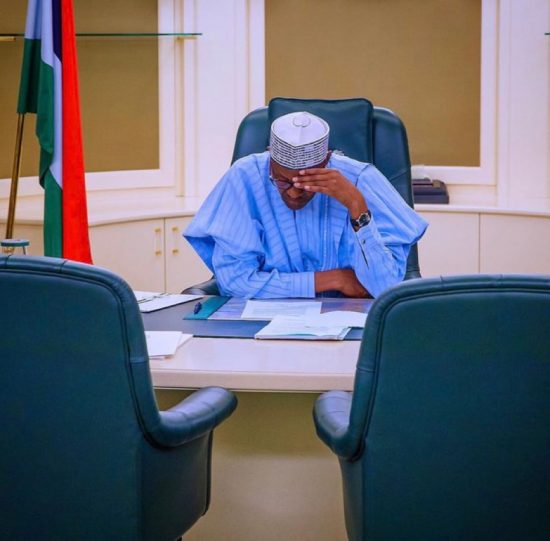 President Buhari: will anything change?

Against recent allegations of corruption against aides of President Muhammadu Buhari, the opposition Peoples Democratic Party (PDP) has passed an interim verdict on his presidency, saying “it is rotten and reeks of incurable corruption, festering up to every level”.

Kola Ologbondiyan, the party’s spokesman said the shocking revelations of multi-dimensional sleazes, bribery, stealing and extortions in President Buhari’s Special Investigation Panel for Recovery of Public Property as well as in the office of the Head of Service of the Federation (HOSF) are just a tip of the iceberg of the earthshaking corruption deeply entrenched in the Buhari Presidency.

The party said Nigerians are aware of how the indicted Chairman of the Special Investigation Panel, Okoi Obono-Obla and the Head of Service, Winifred Oyo-Ita, enjoyed the protection of the cabal in the Buhari Presidency in its brazen burglary of our common patrimony.

“Nigerians can also recall how the PDP had severally raised the issue of humongous fraud going on in the Special Investigation Panel under Obono-Obla as well as the Chairman’s certificate forgery allegation, and how President Buhari condoned him and refused to take immediate action.

“The Buhari Presidency should, therefore, know that Nigerians are not carried away by this new attempt to hoodwink them through the usual holier than thou script.

“If President Buhari is indeed serious about exposing corruption, he should immediately allow a system-wide probe into the activities of his administration in the last four years, particularly the trillions of naira sleazes in the Ministry of Petroleum Resources, where he was minister.

“The PDP demands that President Buhari allows an inquest into the stolen N9 trillion as detailed in the leaked NNPC memo, the reported stealing of N1.1 trillion worth of crude by interests connected to the All Progressives Congress (APC) as well as alleged diversion of billions of naira meant for security and social welfare in our country.

“Our party now expects President Buhari to allow an investigation into the revelation by the First Lady, Aisha Buhari, that the N500bn Social Investment Programme and the N16bn Mosquito Net Project of his administration were diverted to private purses.

“This is in addition to persons close to him, who as former ministers and former governors are facing corruption charges in various panels and courts, including a former minister indicted in the National Broadcasting Commission (NBC) N2.5 billion fraud case.

“Furthermore, the PDP asks President Buhari Presidency to speak out on the allegations in public space that Obono-Obla’s investigation activities at the Petroleum Equalization Fund (PEF), which the Presidency cabal is desperate to conceal, is what is being punished.

“Moreover, the PDP holds that now that President Buhari appears resolved to take the right step to investigate Obono-Obla’s certificate forgery scandal, it has also become incumbent on him to purge his conscience by owning up on his own certificate saga,” the statement concluded.

In Case You Missed It
http://staging.pmnewsnigeria.com/2019/07/11/i-am-not-bola-tinubus-rubber-stamp-akiolu/