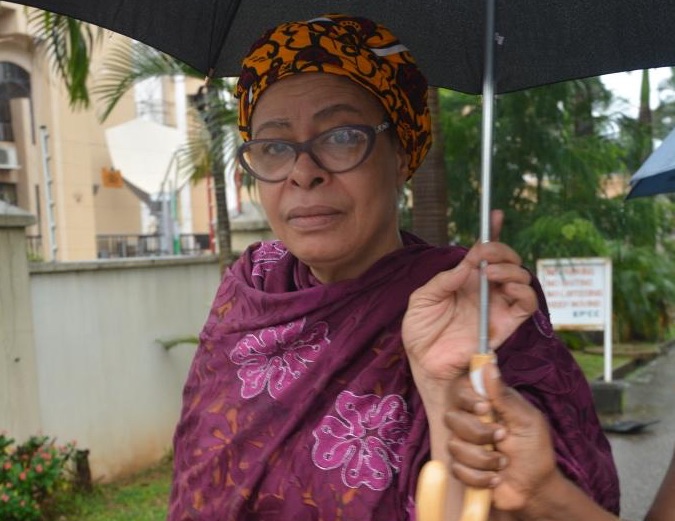 Dasukigate is back in the news as Mrs. Isabella Oshodin and Bob Oshodin Organisation Ltd were charged on Monday with laundering a total of N22.9 billion being money received from Colonel Sambo Dasuki, when he was National Security Adviser.

Isabella and her company were docked by the EFCC before Justice Taiwo Taiwo of the Federal High Court, Abuja on a 25-count charge.

Count two of the charges reads: “That you, Mrs. Isabela Mimie Oshodin, Bob Oshodin Organisation Ltd and Mr. Robert (Bob) Oshodin (still at large) on or about 22nd June, 2014 in Abuja within the jurisdiction of this honourable Court directly transferred the sum of $7,712,598 (Seven Million, Seven Hundred and Twelve Thousand, Five Hundred and Ninety-eight Dollars) to one Portfolio Escrow Company with account number 3102004330 domiciled in California Republic Bank, United States of America which sum you reasonably ought to have known to be proceed of an unlawful act of Sambo Dasuki (rtd), the then National Security Adviser to wit: criminal breach of trust and you thereby committed an offence contrary to Section 15 (2) (b) of the Money Laundering (Provision) Act, 2011as amended in 2012 and punishable under Section 15(3) of the same Act.”

The defendant pleaded “not guilty” to the charge when read to her.

In view of her plea, prosecuting counsel, Aisha Tahar Habib prayed the court to fix a date for the commencement of trial.

“I have noticed my lord the second defendant is not represented, notwithstanding, in view of the first defendant’s plea of not guilty, I will like to ask for a date for trial,” she said.

However, counsel for the defendant, Osahor Odemodia, informed the court of the bail application for his client, and urged the court to grant her bail on liberal terms, pending the commencement of trial.

But Habib opposed the application for bail, informing the court of a counter-affidavit filed on July 10, 2019, and so urged the court to refuse her bail, and instead, give the case accelerated hearing.

The trial judge, thereafter, adjourned till August 21, 2019 and ordered the defendant to be remanded in EFCC custody pending the ruling on the bail application.