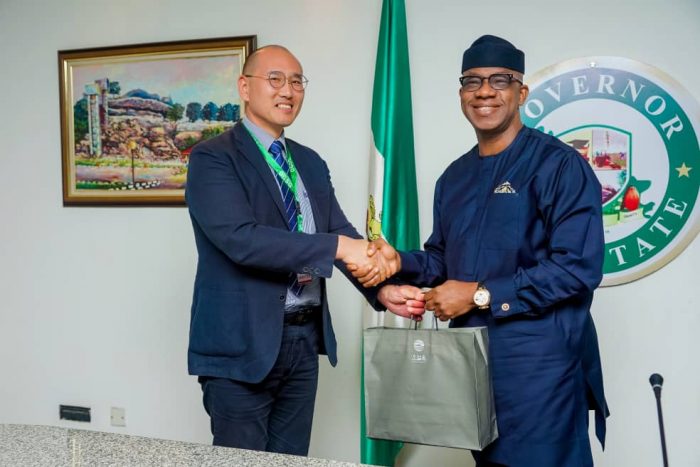 Abiodun, disclosed this on Tuesday when he received in his office at Oke-Mosan, Abeokuta, the Chief Executive Officers of S&W and Sigma Limited who paid him a courtesy visit.

The governor, while commending the investors for indicating interest in the State assured that security and infrastructure would continue to receive due attention.

He said the PPP was initiated by his administration to enable corporate entities and government explore the numerous potentials that abounded for the benefit of the people.

Abiodun said with its vantage location, closeness to air and sea ports as well as large market, the State providesd the best options for Investors to choose from when planning to site their business in the country.

“Ogun State occupies strategic location in our country. It has the largest concentration of industries and it is closer to air, sea ports and market. We also share borders with four states and we are the Gateway to the West Africa sub-region.

“We have land and a young population. We launched our job portal just some few days ago and more than 25,000 people have so far register. This shows that there is more than enough labour ready to work”, he said.

He added that the state government was on the verge of making the process of investing in the state easy through its Ogun Investment Bill.

Earlier, the team leader, Mrs. Funmi Ogbue, appealed to the Federal Government to discourage importation of automobile nuts and bolts to save local industries.

Her company, she said, had international certification and collaboration with major companies around the world and would invest the sum of $15 million in Ogun State to provide services in industrial construction, oil and gas and the production of automobile bolts and nuts for the Nigerian market.

She said they were in the State to look at the possibility of establishing their business which dealt in oil and gas, automobile and agriculture.

“We are quite pleased with what we have heard from the governor, we are coming into the state to set up a factory to produce industrial nuts and bolts for the oil and gas, our nuts and bolts can also be used in the manufacturing, agriculture, marine and automobile industries.

“We believe that with the support of the state, we can establish, grow the factory and create jobs,” she said.