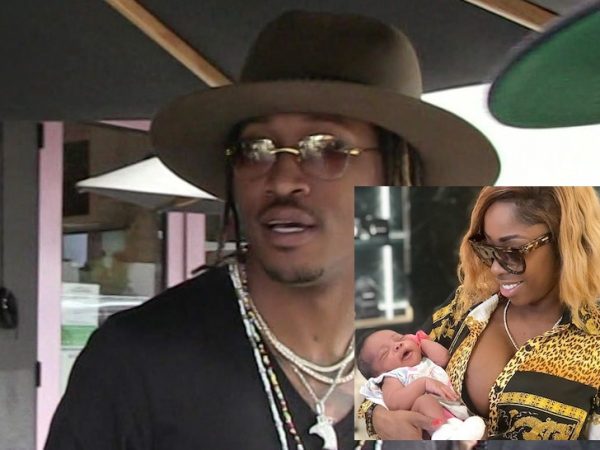 A woman in Florida has sued the American rapper and songwriter, Future with a paternity case alleging she gave birth to his seventh child.

According to TMZ, Eliza Seraphin filed legal documents in Broward County, alleging Future is the father of her 4-month-old girl.

Seraphin — known to her 320k Instagram followers as Eliza Reign — claims Future ghosted her ever since she gave birth on April 19.

She wants a judge to declare Future the baby daddy and make him pay the arrears of child support and hospital expenses she incurred during pregnancy.

TMZ said Baby mama drama’s nothing new for Future, who back in January told radio legend Big Boy he became a father for the sixth time when his son, Hendrix, was born in December.

Future, born as Nayvadius DeMun Wilburn, certainly has the deep pocket to take care of Seraphin.

His gross net worth, in April was estimated to be around $30 Million, making him one of the highest paid rappers in the world. In the previous year, he earned over $23 million, raising the total earnings to $53 million.

According to his bio-post on Wikipedia, Wilburn first became involved in music as part of the Dungeon Family collective, where he was nicknamed “the Future”.

After amassing a series of mixtapes between 2010 and 2011, Future signed a major record label deal with Epic Records and Rocko’s A1 Recordings, which helped launch Future’s own label imprint, Freebandz. He subsequently released his debut album, Pluto, in April 2012 to positive reviews. Future’s second album, Honest, was released in April 2014, surpassing his debut on the album charts.

Future and Hndrxx made him the first artist since 2014 to debut two albums in consecutive weeks atop of that chart. Future has also released several singles certified gold or higher by the RIAA, including “Turn On the Lights”, “Move That Dope”, “Fuck Up Some Commas”, “Where Ya At”, “Jumpman”, “Low Life” and “Mask Off”.