Check out 21 most creative Nigerian musicians 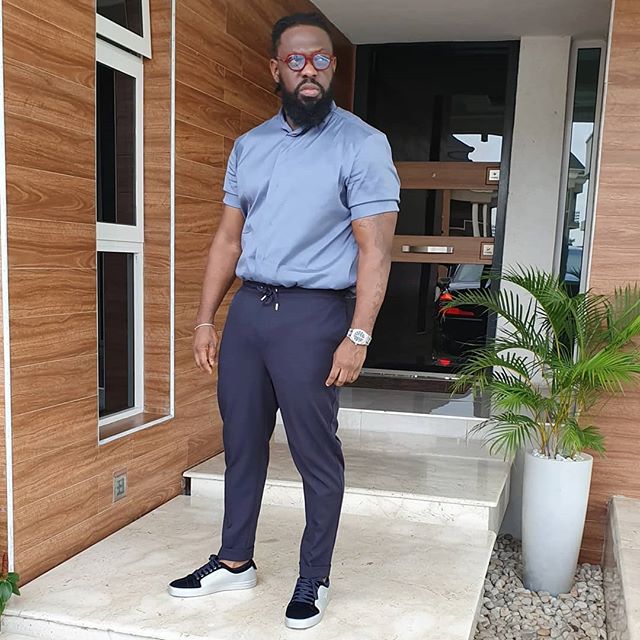 To become successful in the entertainment industry is not a day’s job, and it takes more than passion and talent to make a name for yourself.

Creativity, Innovation, hard work, finances and been able to sync your music with the trend will open lots of doors unimagined.

Over the years, some artistes have been consistent with their craft, giving us both good and questionable lyrics while others have dropped along the way.

We combined a list of 21 Nigerian musicians, we think are not only creative and highly talented, but have come to stay so far.

Timaya
Founder of DM Records Limited, Nigerian singer and songwriter Inetimi Timaya Odon popular as Timaya begun his solo career in 2005 with the release of “Dem Mama”. Under the imprint, he groomed artistes such as Patoranking and Runtown. In 2017, he signed young Dancehall/Afro-Fusion artiste, King Perry to the record label.

39 year old Timaya is one raw talent anytime anyday and we love the unique style he has created for himself. His work has earned him notable awards and nominations including four Headies Awards, two AFRIMMA Awards, one Nigeria Music Award and an NEA Award.

Iyanya
32 year old Iyanya Onoyom Mbuk, known by his stage name Iyanya, rose to fame after winning the first season of Project Fame West Africa. The Nigerian recording artist and performer is best known for his hit single “Kukere”. He co-founded the record label Made Men Music Group with Ubi Franklin in 2011.

The Temple Management Company artiste is not just a singer but also a dancer. When he moves his waist to a beat, you’ll forget everything else and focus on his well chiseled features, no wonder he is a ladies man.

”Iyanu” (Holy Water) is one single amongst others that recorded massive airplays and rocked airwaves in 2017. The song garnered over 1 million YouTube views already.

Asa
Bukola Elemide known as Asa is a Nigerian songwriter, French singer, and recording artist. The Pop music and Jazz recording artiste redefines music with her classic touch and voice in her musicals.

The ”Jailer, Eye Adaba, Bibanke, Good Thing” singer is one of the best we have in the music industry and we do not take her raw talent for triviality.

Asa is simply unique in herself.

Kizz Daniel
Nigerian Afropop recording artist and No Bad Songs promoter is not just cute but he is best known for hit singles like “Duro, Woju, Laye, Mama, No Do, “Yeba, One Ticket featuring Davido, Poko, Madu, Eko” among others. He is highly gifted when it comes to his musical career.

The 25 year old Fly Boy inc boss who changed his name from Kiss Daniel to Kizz Daniel following a contract dispute and court case with former label G-Worldwide Entertainment will get you moving in no time after listening to his captivating tunes.

Burna Boy
Damini Ogulu, known professionally as Burna Boy, is a Nigerian Afro-fusion singer and songwriter. He rose to prominence in 2012 after releasing the lead single “Like to Party” from his debut studio album, L.I.F.E.

The 28 year old whose single ”JA ARA E” was featured on Beyonce’s Lion King: The Gift album recently won Best International Act at the BET Awards 2019 amongst other awards.

Oluwa Burna is being managed by his mum Bose Ogulu and he is in a relationship with British rapper Steph london. Listen to his ”On The Low” which has more than 56 million YouTube views and tell us if he needs any further introduction.

Olamide
Entertainment industry heavyweight and YBNL (Yahoo Boy No Laptop) boss Olamide, continues to set records straight when indigenous rap and street anthems are involved. The musician is not your regular singer. Badoo as he is fondly called, creates dance trends for the public to roll with, whenever he releases a new song and we love him to the moon and back.

If he walks into any environment, his fans will definitely hold it down for him, due to his rapport and friendly nature with the street.

The 30 year old is an embodiment of talent as she endears fans to herself with her dancing and performing skills. ”Johnny” one of her hit songs has over a 100 million views on YouTube and the streaming platform recently honored her for surpassing a million followers.

Yemi’s ”Woman Of Steel” album will drop on August 30th 2019. Her ”Don’t Jealous Me” single was recently featured on Beyonce’s Lion King: The Gift album.

Phyno
Nigerian indigenous rapper Phyno will put a smile on your face whenever you remember him. The super talented singer stayed on his unique lane by mostly singing and rapping in his native.

Chibuzor Nelson Azubuike and PentHauze label head honcho who is popular as Phyno has made a name for himself in the industry and this list of creatives will be incomplete without him. Check out his ”Connect” song.

Tiwa Savage
39 year old Nigerian singer and songwriter currently signed to Universal Music Group has got artistic moves and a vocal prowess you cannot in any way deny.

From when she recorded songs like ”Kele Kele, Standing Ovation, Without My Heart, Ma Lo, Lova Lova” and others, Tiwa Savage has grown to become a brand and force to reckon with locally and internationally.

Flavour
2Nite Music pioneer, Chinedu Okoli known as Flavour N’abania is a highlife singer and talented songwriter that has made the music industry reflect on the African culture with his songs.

The 35 year old doesn’t just release songs, his music touches our very core as he takes us back to who we truly are as Africans. A traditional Igbo wedding would be missing something without Flavour’s performance.

Teni
Teniola Apata aka Teni Makanaki came into the industry and we were not ready or better still you didn’t know what hit you when Sugar Mummy showed up for good.

With dope singles like ”Askamaya, Case, Uyo Meyo, Power Rangers” and many more, the 26 year old started gaining fame around 2017 and blew in 2018.

Teni used Instagram to make her voice heard when nobody knew of her existence. We must give kudos to DR Dolor Entertainment for its star artiste of course.

Falz
Oh yes we have Falz the bahd guy in the building by the way. Folarin Falana, better known by his stage name Falz, is a Nigerian rapper, songwriter who was called to bar in 2012 after graduating from the Nigerian Law School in Abuja. Music pays the bills better as you can see from his choice of career.

The 28 year old currently owns an independent record label called Bahd Guys Records. He released his debut album Wazup Guy in 2014, His second album, Stories That Touch was released in 2015 while He released 27 as his third studio album in 2017, On January 15, 2019, he dropped his fourth studio album Moral Instruction.

Falz gained more fame after his song “Marry Me” (featuring vocals from Poe and Yemi Alade) won him a nomination in the “Best Collaboration of The Year” category at the 2015 Nigeria Entertainment Awards.

Plantashun Boiz comprising 2face now 2Baba, Blackface and Face was the band the Hypertek Digital boss used to sing in before going Solo.

The 43 year old whose songs always talk about the challenges Nigerians go through in a country like ours, is married to Annie Idibia and together they have two beautiful girls.

Simi
Simisola Ogunleye’s voice is so soothing and melodious to the ears. Simi won songwriter of the year during the 2017 edition of AFRIMA amongst other awards she has bagged.

Popular as Simi, the 31 year old singer who launched her Studio Brat label in June 2019 is married to Adekunle Gold and we love the music couple just as we love a chilled cup of smoothies. Listen to her ”Joromi” below.

Tekno
Augustine Miles Kelechi aka Slim daddy or Alhaji Tekno as he likes to be called, is a Nigerian musician, producer, performer and dancer popularly known by his stage name Tekno.

The 26 year old Bauchi born creative who recently left MMG label by Ubi Franklin, will forever be remembered by OBO for producing Davido’s hit single ”IF”.

Tekno has his own style of music which always makes fans move to his beat even if they do not feel like it.

Reekado Banks
Ayoleyi Hanniel Solomon, better known by his stage name Reekado Banks, is a Nigerian singer and songwriter. He signed with Mavin Records in 2014 and left the label in 2018 to form his imprint Banks Music.

There’s never a dull moment while listening to Reeky baby.

Davido’s got the kind of stage attitude and presence that cannot be taken away from him. His energy is on a different level.

OBO rose to fame in 2011 with the release of “Dami Duro”, the second single from his debut studio album Omo Baba Olowo.

Patoranking
We love Patoranking and we know you are a fan of this dancehall singer too. The father of one lovely daughter became popular after his ”Girlie O” remix featuring Tiwa Savage.

A unique singer indeed, with the African feel he brings into his music and moves, Africa made magic with this talented musician and performer.

Mr Eazi
28 year old Oluwatosin Ajibade was born in Port Harcourt. At age 16, Mr Eazi as he is popularly called, relocated to Ghana to further his education, enrolling in the mechanical engineering program at Kwame Nkrumah University of Science and Technology (KNUST).

The Banku Music frontliner drops carefully harmonized songs for his fans back to back, and the response is usually jaw dropping.

Wizkid
Wizzy as he is sometimes called is an Afrobeat, dancehall singer who rose to prominence in 2010 with the release of the song “Holla at Your Boy” from his debut studio album, Superstar in 2011.

The Star Boy label boss is a world renowned music brand everyone wants to be with. Wizkid understands the industry and so he knows when and how to release his songs which always penetrates the market with ease. Beyonce featured the 29 year old on her ”Brown Skin Girl” single recently.

Adekunle Gold
If you love highlife, then you most definitely are an AG fan. Adekunle Gold, is a Nigerian highlife singer, songwriter and graphic designer. He gained widespread attention after releasing the 2015 hit single “Sade”, a highlife cover of One Direction’s “Story of My Life”.

His songs are usually relative to the Nigerian environment, and we can understand why fans just love the 32 year old.