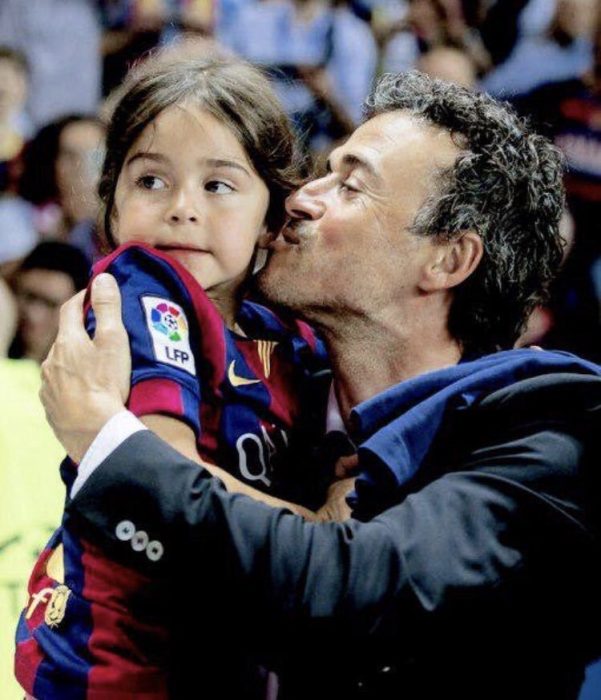 Enrique wrote on his twitter page: “We will miss you lots but we will remember you every day of our lives, with the hope that in the future we’ll meet each other again. You’ll be the star that guides our family. Rest dear Xana.”

Enrique, who quit as Spain’s manager in June, thanked those who had sent well wishes over recent months for their “discretion and understanding”.

He also thanked the medical team who treated his daughter “for their dedication and treatment”.

Spanish Prime Minister, Pedro Sanchez was among those to pay tribute to Xana, writing on Twitter: “There are no words that that can go along with this pain.

“My heartfelt wishes to Luis Enrique and all his family, after the loss of his little Xana.”

Enrique’s former club Barcelona also posted on Twitter: “Our condolences and all our sympathy for @luisenrique21 and his family at this very difficult time. RIP Xana.”

Spain and Manchester United goalkeeper, David de Gea added: “Speechless. A big hug for you and your family.”

Enrique, who played for Real Madrid and Barcelona during his football career, stepped down as Spain’s manager in June after 11 months in charge.

At the time, the Spanish Football Federation said Enrique had left the role due to a “personal matter”.

Enrique thanked staff at the federation “for the faith they have shown me and for understanding the situation”.

The former Spain international won the treble in his first year in charge at Barcelona as the team – led by star player Lionel Messi – won the Spanish league, the Spanish cup and the Champions League, beating Juventus in the final in 2015, Sky Sports report.

Enrique led Barcelona to a league and cup double in his second season before leaving the role in June 2017.