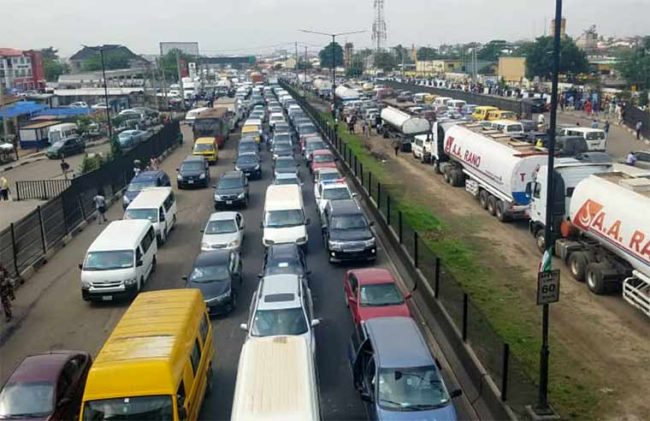 The Lagos State Command of the Federal Road Safety Corps (FRSC) says no motorist will suffer during the rehabilitation of the Lagos-Ibadan expressway if all observe lane discipline and road diversion signs.

The construction company, Julius Berger announced closure of a portion of the road to allow for reconstruction which began today.

“Vehicles will be diverted to the other side, but we have a lot of traffic control personnel on the road.

“They are to ensure sanity and lane discipline so that no one will waste time unnecessarily on the road in and out of Lagos.

‘There are diversion signs that need to be obeyed,” the FRSC officer said.

Sonusi said that so many traffic agents comprising officers from the FRSC, Police, LASTMA and TRACE were on ground to enforce compliance to diversion signs and lane discipline.

“For any obstruction occasioned by break down of vehicles, we have FRSC tow trucks on ground and will be complemented by that of the Lagos State Emergency Management Agency.

“We will remove all impediments so that people do not spend too much time on the road.

“We are assuring motorists that they will not sleep on the road because everything that is needed to be done is in place,” she added.

Sonusi said that some officers would work also at night if traffic extended to the night.

According to her, the corps has also withdrawn officers from other commands to join in the work.

She said that the work would be carried out on shift on the corridor.

Sonusi urged motorists to use other alternative roads to lessen the usual pressure on the Lagos-Ibadan expressway.

NAN reports that the partial closure is to carry out reconstruction of Berger Bus Stop to Kara Cattle Market portion of the Lagos-Ibadan Expressway.