Why I am different - Bode Blaq 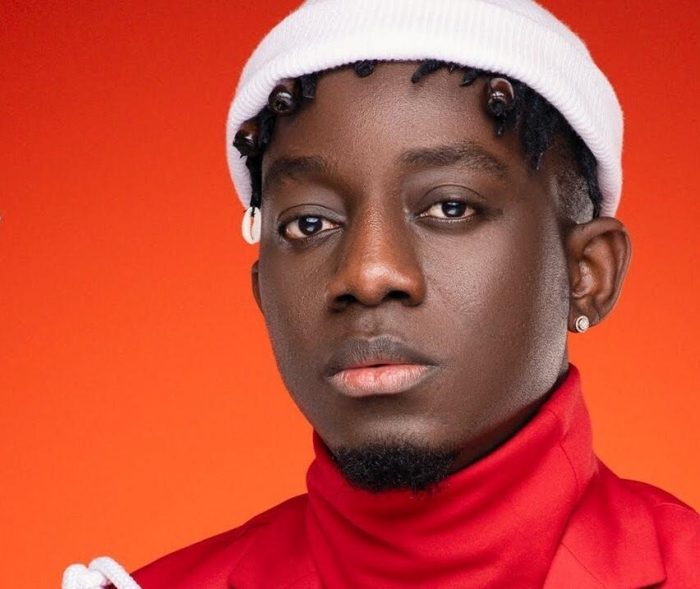 There are artistes who are well known with popular styles and there are some who are highly talented with styles only appreciated by special class of people. One of the artistes who belong to the latter category is Ogungbemi Olabode Stephen popularly known as Bode Blaq, an alternative/hip- hop musician who has stuck to his style and has continued to put out fresh alternative sounds, not minding the dictates of the industry.

Bode Blaq, who hails from Ekiti state, is also a self-taught visual artist that stands out with his deep voice and alternative style of music from other musicians. He spoke to PM News’ Taiwo Okanlawon about his life, entertainment and art.

How did you get into music?

Music for me started when I was 8, I wasn’t really a choir fan but I was always buying Rap CDs of Eminem, Doctor Dre, all the people reigning then, learning their lines by writing them before I started buying lyrics books. I was just infatuated with how they put lines together. I started from there. I had teachers that would call me to come and rap for them in school.

Professionally, it was after my youth service but I had been writing songs in school. I performed at shows but I never entered studio to drop a proper track until 2017. Before I dropped my first official single which is ‘Worry Them’, the whole movement started in 2016, I started recording and I had like 20 tracks from which we picked the first one. So because I enjoyed music and had been writing songs for a long while, I just never took it serious, I had a lot of songs written already, it was like chemical reaction when I first entered the studio, it was so easy that in three to four days I was bringing out a lot of tracks but it was still a little bit rusty at first and since 2017, it has been good.

Aside music, we have Bode Blaq as a visual artist, tell me about your artworks?

I have always been like a critic. I have been drawing since God knows when. I like to draw comics and I was not really social while growing up, so from being alone I wrote songs and drew comics and all that, then I moved to pastel before I moved to oil painting which I am currently doing. I learnt everything on YouTube. I studied Microbiology in school so I never had proper art orientation but I knew I was very good at drawing.

How would you describe your sound?

I feel like I have a flip side, I rap very well, indigenous rap and I also do alternative, Afro-fusion. I like to tell story, so when I am making music, it is not really that kind of popular music. It’s alternative and I try my possible best to put in my story. So, I am not like a ‘singer singer’ but I can sing and make good melody aside rapping.

They used to call me Eminem of my set in school when I was in Federal Government College, Ikirun. I used to listen to Sean Kingston, Eminem, Doctor Dre, Tupac and at some point 50 Cent. Those were the kind of songs I was exposed to then and I think some of my Daddy’s songs, some tracks of Fela, Elemure, and Sunny Ade. So, I love music from the onset. I think those exposures from the beginning were just like eye-opener. When I wanted to start making music I had to create my own path because that was my major fear that I don’t just want to do what everybody was doing and that’s why it took me so long before I entered the studio for the first time.

Tell us more about your growing up.

I have three siblings, I am the only boy. My primary school was in Epe, and then I moved to Federal Government College, Ikirun, in Osun State, I think that College was like what brought out the street part in me. That was where I learnt my authentic Yoruba language. Then, I also went to Osun State University, Osogbo campus where I did Microbiology and I did my youth service in Ibadan, Oyo state.

How did your parents react to the decision to go into music?

Basically, my parents know I am creative but they just feel I am made for more than just music. So, we had to agree before I started music, because they wanted me to achieve some things which I am working on presently. And the support has been pretty good from them. My dad always tells me ‘you can add this to your lyrics’ but starting up they didn’t really know so much but when they knew, we had to have a mutual understanding on the Dos and Don’ts.

What we have always had is street artistes and rappers switching to commercial. Do you think your kind of music has a future in this industry?

I think the whole making of music is how you view it. I can tell you there are artistes in Nigeria that don’t want to be Wizkid or Davido, they just want to make the kind of music they love. I feel there will be time that the big ones will like to do some kind of songs but they can’t because of the type of songs they are known for. I think everything is all about expression, most people in music are in music because they love what they do, it is not like music is the highest paying job, it is more about passion.

Talking about future for my type of music. I do street music really well too. I can remember when the Nigerian music industry was really colonized by foreign artistes, we still had the likes of Daddy Showkey. In the street, they don’t fake what they cannot connect with, it is either they connect or they don’t.
Basically, street music for life, then the alternative part, for people that really want to listen to deep lyrics like I dropped Levitate, very good song but I know that it might not get to some levels because it is not a dance song, so I followed it up with a dance song Dead Guy. We keep mixing it together because we don’t want to just be excluded in one corner like, ‘oh it’s just an alternative’ because it’s about the mood, you can’t just be too serious, at times you just have to be vibe and make people enjoy themselves through your music.

Levitate is an inspirational song. It is a song telling the present situation of Nigeria and I personally feel it’s one of the best songs that paint the picture of what Nigeria is right now. Levitate is telling you that no matter what is going on around you, just rise above all obstacles because if you are looking at the problems in Nigeria nobody will even strive to be anything and these problems won’t go overnight so you must definitely ‘gbera’ than every obstacles blocking your way otherwise there is no hope.

How profitable has the music been for you so far?

Basically, not so profitable but I have been lucky enough to have people that believed in me so much to invest in me and I dey pray dey no go ever tire.
So it is more about seeing the bigger picture, and that is what causes most of these record label deals crashing here and there. I think the first thing is to know the person you are signing and be very sure that you see
beyond the profit, because if it is just the profit, there will be no big artiste right now because everybody had their down times. It is like a diminishing return, there will always be some ups and downs and if you don’t see beyond the profit for an artiste during the down times, you just feel you should back out.
So from 2017 and now, I think I have had some good paid shows and we are still moving.

Are you under a record label?

You said not every artiste wants to be Wizkid or Davido. What is your bigger picture?

I came into music because I felt I am too much of a creative person to be in suit and tie and because of the love I have for music. So I just wanted to be me. I felt lightly underrated. I just want to keep being me and making good music. At times, I even dread the fact that perspective of the audience would be switching to kind of music I want to make. All I am saying is that I just want my own people that can connect with my story.

Who are the established artistes you plan to work with?

A whole lot of them. I have a couple of friends in the industry. But music, except you are buzzing and you are popping out there, you might not really know if you have friends or not. So I will love to work with Falz, Patoranking just to mention few.

There was this story of you encouraging Falz when he came to perform at your NYSC camp, you sounded like a prophet?

Not really like a prophet. I had listened to two of Falz’s projects and he came to perform at our camp. I think the camp was more of Ibo fan base and they didn’t know him. It was a very good performance because I could connect and that’s one thing we are saying about when people connect. You know, like so many rappers that have come and gone, Falz stands out and I don’t think he can dwindle because there will always be some artistes that want to pass across a strong message and the first person that comes to your mind is Falz. If he had followed the crowd and be like who is the most popular artiste back then, I want to sound like M.I, he would lose his identity.
At the camp, DammyKrane was the headliner and after the whole thing, I just went to Falz back stage, took pictures while everybody was rushing DammyKrane. That shit really gets me going because after shows, I see how people rush popular
artistes and I just know that constituency is the key because, if Falz had given up because he wasn’t getting enough accolades then maybe he would be nowhere today.

Those thoughts don’t really come to my head because I am doing so much. I am working on myself so much that I see beyond even the music. I see myself like a media person, the picture is bigger. So every day, everybody I know in the industry or everybody I meet that can connect with my music is a win. So it is only when you see it as you just want to come and blow, that’s when you feel like let me leave. Of all the talents I have mentioned to you now, what else do you think I will be doing that will give me so much happiness? Life is about fulfillment. The richest people are not the happiest people but doing what you love doing and maybe getting some money from it, that is a perfect life.

Do you still do your artworks, what are your plans?

Yes, I have a couple of them upstairs. Basically, I am planning an exhibition with my EP release. The EP will have like 8 songs. We have some ready, but I just want to show my both sides. By God’s grace it should be out between October and December.