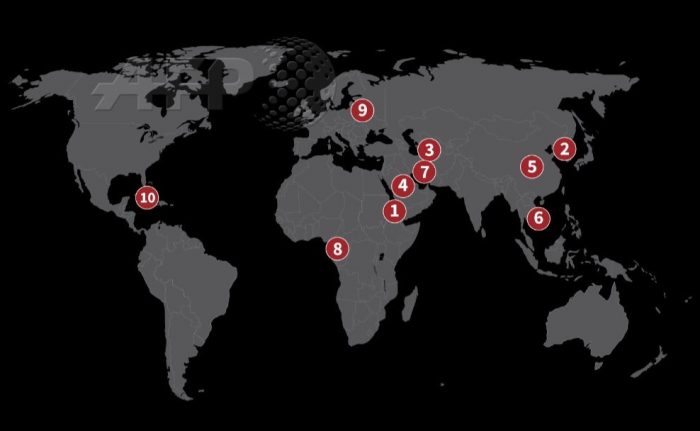 Eritrea is Number one most censored country

Eritrea, in the Horn of Africa, is the world’s most censored country, according to a report released today by the Committee to Protect Journalists. The list of 10 Most Censored Countries is based on CPJ’s research into the censorship tactics used by authoritarian governments, ranging from imprisonment and repressive laws to surveillance of journalists and restrictions on internet and social media access.

North Korea and Turkmenistan are ranked second and third, respectively.

“These countries flout international freedom of expression norms and guarantees by jailing reporters, using the state media as a mouthpiece for the regime, and forcing independent journalists into exile. Self-censorship is pervasive”, CPJ executive director Joel Simon said.

“Several countries on the list, including Saudi Arabia, China, Vietnam, and Iran, combine traditional censorship tactics such as imprisoning and harassing journalists with the use of sophisticated surveillance technology and targeted online campaigns to silence the independent press.

“The internet was supposed to make censorship obsolete, but that hasn’t happened. Many of the world’s most censored countries are highly wired, with active online communities. These governments combine old-style brutality with new technology, often purchased from Western companies, to stifle dissent and control the media,” said Simon. “Censorship is alive and well.”

The 10 Most Censored methodology assesses countries based on the tactics that governments use to restrict press freedom, including the existence of criminal defamation or “false news” laws, digital and physical surveillance of journalists, blocking of news websites, restrictions on privately owned media, exclusion of foreign correspondents, and targeted hacking or trolling campaigns.

The list addresses only those countries where the government tightly controls the media. The conditions for journalists and press freedom in countries such as Syria, Yemen, and Somalia are also extremely difficult, but not necessarily attributable solely to government censorship. Rather, factors like violent conflict, insufficient infrastructure, and the role of non-state actors cre

Tags:   censorship   Committee for the Protection of Journalists   Eritrea