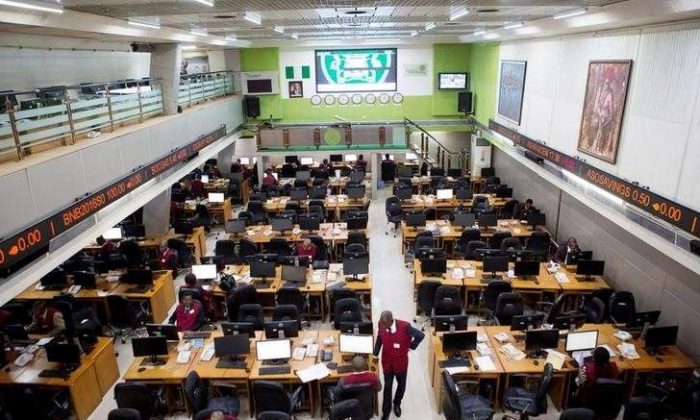 Transactions on the Nigeria bourse on Tuesday closed negative with a decline of N20 billion, extending bearish sentiment for the second day running.

The downturn was impacted by losses recorded in medium and large capitalised stocks, among which are Nestle Nigeria, Cement Company of Northern Nigeria (CCNN), Dangote Cement, Forte Oil and UAC of Nigeria (UACN).

The Chief Operating Officer, InvestData Ltd., Mr Ambrose Omordion, attributed the decline to persistent sell pressure, caused by investors concerns over the socio-political and economic situation in the country.

Omordion also attributed the development to issues relating to heightening insecurity in the country.

“We expect this trend to continue as bargain hunters take advantage of low valuation to trigger buying interest once the direction is given through economic policies,” he said.

However, market breadth closed positive, with 18 gainers compared with 12 losers.

Thomas Wyatt Nigeria led the losers’ chart by 9.52 percent, to close at 38k per share.

In spite of the drop in market indices, the total volume of shares traded rose by 25.38 percent with an account of 364.22 million shares worth N4.86 billion traded in 4,629 deals.

Transactions in the shares of Guaranty Trust Bank topped the activity chart with 78.64 million shares valued at N2.115 billion.