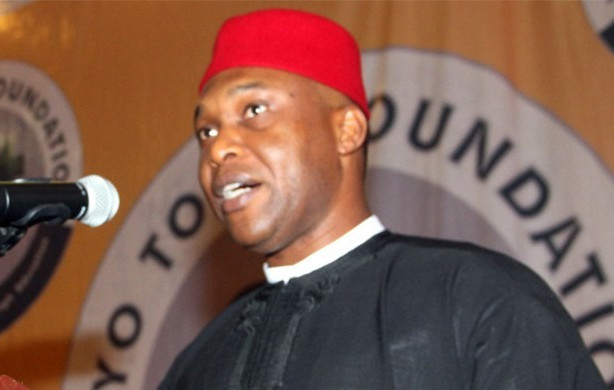 The Presidential Election Tribunal has struck out one of the major pillars of the petition by Atiku Abubakar and the Peoples Democratic Party: the witness statement by Osita Chidoka, a former aviation minister, about the existence of INEC server.

Chidoka was Atiku’s National Collation Officer and testified as a star witness.

The tribunal, in striking out the statement concurred with the request by President Muhamadu Buhari and ruled that the statement was incompetent, having been filed in violation of the provision of the Electoral Act.

He had testified that an INEC server, where election results were stored existed, based on what he claimed INEC chairman, Mahmood Yakubu consistently said.

But cross-examined by INEC’s lawyer, Yunus Usman, he admitted he had never seen the server.

“I have not seen the server but INEC consistently told us of the server and the INEC Chairman at the national collation of results of the election acknowledged the existence of the server.”

Pushed further by Usman, he admitted he was at the national collation centre and that the result was tallied manually.

During the proceedings at the tribunal in July, he even sought to amend his statement. The tribunal rejected the request, following the objection by Buhari’s lawyers.

In its fifth ruling of the day, the tribunal also concurred with Buhari’s lawyers led by Wole Olanipekun that the court lacks the jurisdiction to entertain allegation of corrupt practices and voters’ inducement raised against Vice President Yemi Osinbajo in the petition by Atiku Abubakar and the PDP.

The court agreed it was wrong for the petitioners to raise such grievous allegation against Osinbajo without joining him as a party in the petition to enable him defend himself against the allegation.

Atiku and PDP in their petitions alleged that Osinbajo engaged in voters inducement by spending funds not appropriated by the National Assembly or approved, under the guise of Trader Moni and other social intervention programmes of the government.

In its ruling, the court said the non-joinder of persons against whom grievous criminal allegations were made in the petition, including Osinbajo, is a denial of their rights to fair hearing.