Nigerians not in doubt about Buhari's mandate - Sanwo-Olu 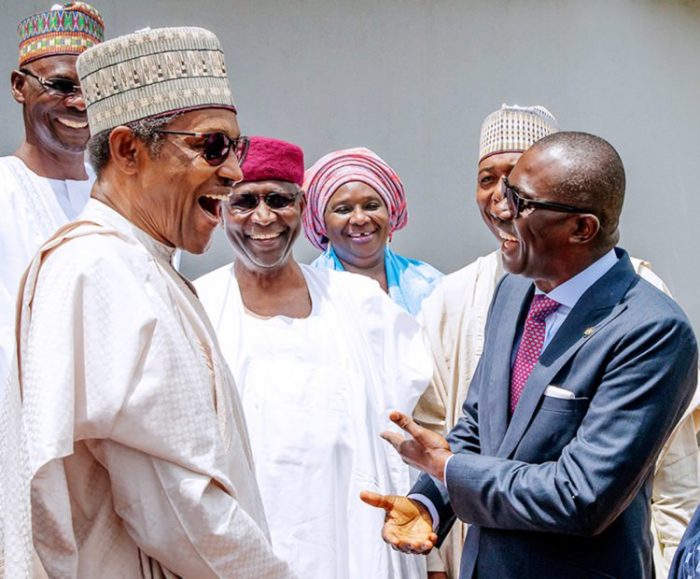 Gov Babajide Sanwo-Olu of Lagos State has congratulated President Muhammadu Buhari on his victory at the Presidential Election Petition Tribunal.

Sanwo-Olu in a statement signed by his Chief Press Secretary, Mr Gboyega Akosile, on Wednesday described the victory as a final lap of a relay race where the real victor was evidently seen at the finishing line.

The Peoples Democratic Party (PDP) and its candidate, Atiku Abubakar, had approached the Presidential Election Petition Tribunal in Abuja seeking the nullification of the victory of All Progressives Party (APC)’ candidate, Muhammadu Buhari, in the Feb. 23, 2019 poll.

But delivering judgment on the matter, Justice Mohammed Garuba dismissed all the grounds of the petition.

The governor in the statement said millions of Nigerians were not in doubt as regards the mandate freely given to Buhari to steer the ship of the country for another term of four years.

He, however, said opposition politicians were also not wrong to have approached the court to seek redress as they were free to test the country’s judicial system.

”With this pronouncement, it is clear to everyone that it was misinformation that was spread against our party during the electioneering by the opposition.

”It is clear to everyone that the All Progressives Congress under President Muhammadu Buhari performed to the satisfaction of Nigerians in his first term in office,” he said.

Sanwo-Olu, therefore, enjoined Nigerians across party divide to team up with the president to deliver the real dividends of democracy to the people.

He said the next level campaign of the president was not only exciting but also a clear indication of the new frontier the country would reach in the next four years and beyond.

”I therefore congratulate the President and Commander-in-Chief of the Armed Forces of the Federal Republic of Nigeria.

”I also congratulate the leadership and members of our great party, the All Progressives Congress, and all Nigerians at home and in the Diaspora on this very landmark judicial victory,” Sanwo-Olu said.