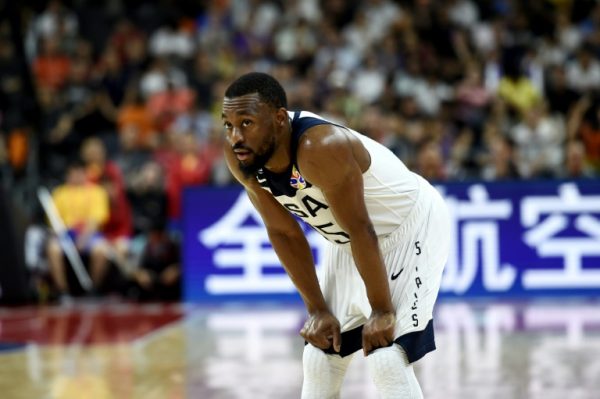 USA Basketball’s long winning streak in major competitions stretching back to 2006 — which yielded three Olympic golds and two world titles — came to a juddering halt against France on Wednesday.

The 89-79 quarter-finals loss in China means the USA will now have to play fellow fallen title favourites Serbia in a virtually meaningless classification game later Thursday.

With the defending Olympic champions already qualified for Tokyo 2020, the debacle in Dongguan, China will likely raise pressure on the USA to lock in big stars for next year or risk missing out on Games gold.

Deprived of the likes of LeBron James and thrown together at the last minute, a young United States team always looked vulnerable at the Basketball World Cup — and so it proved.

“Obviously if you’re going to listen to all that stuff, then you’re going to have a lot of problems at the end of the day,” the Brooklyn Nets’ Joe Harris said of the inevitable talk about the lack of NBA A-listers.

“For us, we try to keep everything internal. We know how much work we put in.

“We know how much each guy sacrificed to come and spend 39 days away from home right now.”

From the outside, Wednesday’s loss by the reigning Olympic and world champions looks like a shock.

But the writing had been on the wall even before the World Cup began.

Numerous elite players either opted out or were injured, among them James, Stephen Curry, Kevin Durant and Anthony Davis.

The World Cup comes during the NBA off-season and Sunday’s final is only two weeks before most NBA training camps open, making it an unattractive proposition for many.

Having the World Cup in an “odd” year also means playing a major international tournament in successive summers, the World Cup this year, and the Olympics next.

The words of Portland Trail Blazers guard C.J. McCollum, another who withdrew, proved prophetic: “I think other guys looked at it like, ‘Why would I want to go potentially be the face of what could be a losing roster?'”

Then another setback came when Los Angeles Lakers forward Kyle Kuzma was ruled out with an ankle injury.

Popovich, the respected San Antonio Spurs coach, always said his team would improve as the World Cup went on and they racked up more playing time together.

The early matches would also allow one of the youngest rosters in the tournament to get used to the rigours of international basketball, was the theory.

All being well, this team, with Kemba Walker of the Boston Celtics playing a central role, would propel themselves to global household names by winning the US a third World Cup in a row.

But in only their second match they stared defeat in the face against 17th-ranked Turkey, before squeezing to victory in overtime.

It came at a cost with a sprained ankle for another Celtic, Jayson Tatum.

Then followed more convincing victories over Japan, a Giannis Antetokounmpo-led Greece, and Brazil.

“The defence is ahead of the offence, for sure, but that’s expected with 12 guys who’ve never played with each other before,” Popovich said after they beat Greece.

There was always a feeling, however, that the US could be in trouble against a top team.

And so it proved against a big France side led by the towering Rudy Gobert of the Utah Jazz.

It remains to be seen which big American stars will make themselves available to defend their Olympic title next summer, but the loss of national prestige in China could provide the spark that convinces some to recommit.