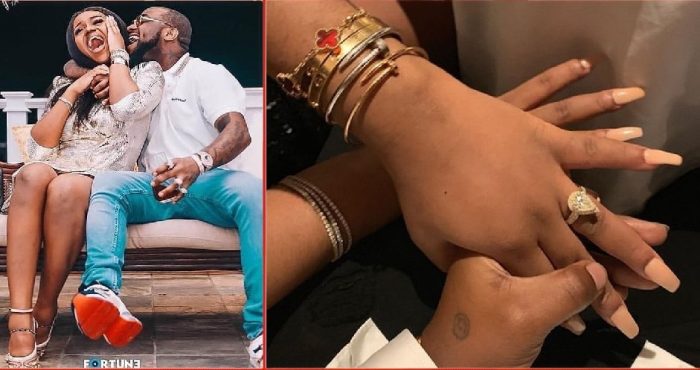 Nigeria’s superstar singer Davido and Chioma are now officially engaged. The proposal ceremony was carried out in London on Thursday.

A week ago, Chioma introduced Davido to her family and now he has put a ring on her finger.

Chioma, on her Instagram page also said “I said YES!!!! Please wish me well guys,” and she added in another post: “WE DID IT.”