Bank accounts of Lawan, Gbajabiamila, others under investigation 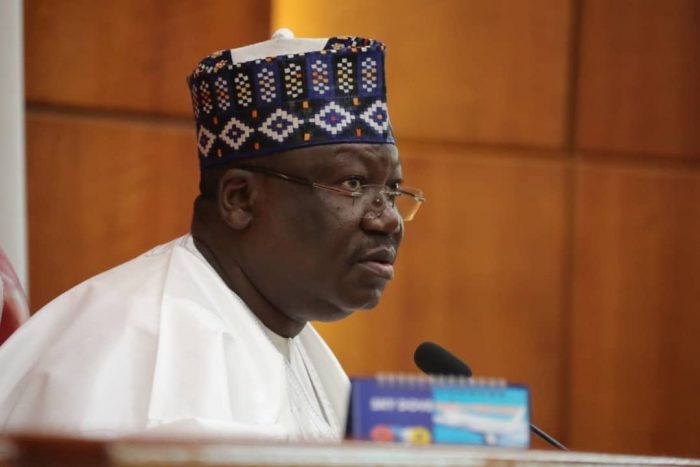 The Nigerian Financial Intelligence Unit(NFIU) has started the “secret” investigation of bank accounts of the President of the Senate, Ahmad Lawan; his deputy, Ovie Omo-Agege; Speaker of the House of Representatives, Femi Gbajabiamila; his deputy, Idris Wase, as well as the principal officers and members of the National Assembly.

The bank accounts of all judges in Nigeria, including the Chief Justice of Nigeria, Tanko Muhammad are also under investigation.

The bank accounts of “other relevant politically exposed persons,” are also included.

The NFIU has taken a giant step in their secret investigation and written to all banks in the country, to send the banking information of the names under investigation.

The letter signed by the NFIU’s Associate Director, Analysis and Compliance, Fehintola Salisu, gave the banks up till September 13 (Friday) to comply with the directive.

“Kindly note that your response is expected on or before September 13, 2019,” the letter read.

However, when questioned, the NFIU Director, Modibbo Tukur, said he was not aware of the letter, but stated that the banks could be punished for leaking the content of the letter, which he described as an “operational issue”.

He said, “You must have seen that the letter was not signed by me. It is an operational issue.

“If it is an operational issue, leaking it is an offence. It is a punishable offence.

“If they are doing their analysis, it may not come to my knowledge. I will find out if you want me to do so.

“But the person you mentioned that signed the letter is an operational director. So anything she signs is confidential. I am even surprised at how the banks allowed it to leak. It is punishable.”

Reacting to the exercise, the Deputy Majority Leader of the House of Representatives, Mr Peter Akpatason, said it was a routine process by the security and intelligence agencies.

He said: “I am not aware (of it) but I think it is a routine thing that they do. I don’t think there is any big deal about it.

“It is a normal thing. Ideally, they should have the account details of business people, politicians and others.”

When asked about the possibility of clamping down on targeted persons, the legislator said, “I do not think it is targeted at any particular person. It is a routine thing they are doing and they have the right to do it.”

However, the Chairman, Senate Committee on Media and Public Affairs, Senator Adedayo Adeyeye, criticised the NFIU’s directive to the banks. He stated that it is purely invasion of privacy.

According to Adeyeye, many of the senators were businessmen before they were elected to the red chambers, he argued that the NFIU knows where to go to find out the earnings of lawmakers and not their bank.

“The salary and emoluments of the lawmakers are being determined by an agency of government that is well known. They can find out what the senators earn from them.

“I don’t think it is right to ask banks to expose details of the accounts of each lawmaker because many of them are private businessmen and women until their election to the National Assembly.

“Publishing the accounts of the senators is purely an invasion of privacy,” he said.