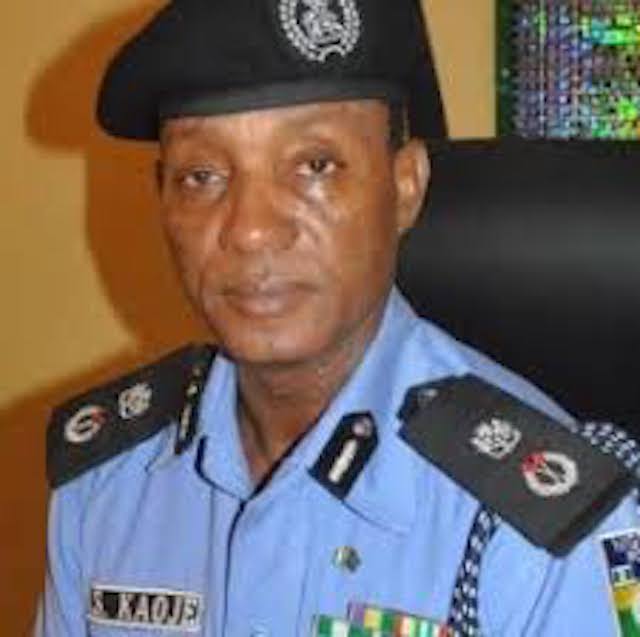 The Police in Sokoto state have arrested no fewer than 26 persons including eight members of Islamic Movement of Nigeria (IMN) for alleged public disturbance in the state.

The state commissioner of Police, Mr Ibrahim Kaoje, told newsmen on Friday in Sokoto that the suspects were apprehended at various locations in the state.

Kaoje said that on Sept. 10, the proscribed Islamic Movement of Nigeria popularly known as Shiites, defied the Federal Government order and came to celebrate Ashura.

“They came out in Illela Local Government Area to observe Ashura festival of which they attacked Police and forcefully collected an AK47 rifle from a Police officer.

“On receipt of the information, the police attached to Illela division trailed the IMN members, arrested eight of them and recovered the rifle,” he said.

“On Aug. 31, one Sadiya Adamu reported against Saifullahi Aminu and Yusuf Maidamma that sometimes in May, that they conspired among themselves and lured her younger sister, one Khadija Adamu, aged 26.

“This is out of their home for immoral purposes (sexual escapade) at executive lodge located at No. 33 Kano Road, Sokoto.

“Sequel to this, they gave out the said Khadija Adamu to one Abdullahi Bafarawa (Aka Jakolo) and Shamsudden Lawal for such immoral purpose, during which they allegedly drugged her to a state of coma.

“She was rushed to specialist Hospital, Sokoto for treatment on Aug. 30, and died on Sept. 4, while receiving treatment.

“The suspects were arrested, while efforts are being intensified to arrest the fleeing suspects,” he said.

Kaoje added that the command also apprehended one Baito Na’alti of Dalijan village, Kebbe Local Government Area, and his gang members following series of complaints of armed robbery and kidnapping against them.

“During investigation, they all confessed to the commission of the crime. They will be charged to court as soon as investigation is completed,” he said.

The commissioner also said that the command arrested one Kabiru Bello, having armed himself with a knife, hired a motorcyclist, Aliyu Usman, deliberately stabbed him to death and dispossessed him of his daylong motorcycle.

“The command also arrested Tukur Aliyu, Kabiru Muhammad and Yahaya Abubakar who criminally conspired among themselves, went to Koko road area, to steal Solar Batteries and were caught.

“One Mohammed Bello, who specialized in stealing generators and Abubakar Modibbo, who threatened to kidnap one Kasimu Sani and demand for a huge amount of money as advance ransom, were also arrested.

Also arrested were Yunusa Abdullahi, Bashar Mamman and Hussaini Abdullahi, for being in possession of Indian hemp, dangerous drugs, weapons and resistance of arrest by the police.