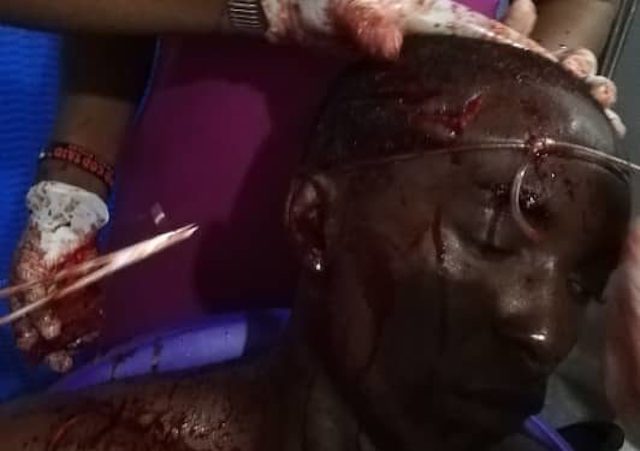 A supporter of President Muhammad Buhari and the ruling All Progressives Congress (APC), Mr. Elvis Omoiri, is currently battling for his life after a neighbour allegedly stabbed him multiple times with a broken bottle.

The incident happened in Effurun, Warri in Uvwie council area of Delta state.

The Nation reported that Omoiri was attacked after during an argument between him and his neighbour, identified as Best Uduophori, over the President’s tribunal victory on Wednesday.

His attacker, believed to be a People’s Democratic Party (PDP) member, runs a bar around the Okoloba area of Effurun and is currently at large.

The victim is said to be struggling to survive at an undisclosed hospital over injuries he sustained on his neck, head and other body parts.

An APC supporter in the state, MC Paul, confirmed the incident in a social media post on Friday.

He described the attack as inhumane and unwarranted.

“I have just received report of an attempted murder of one Elvis Omoiri by a neighbour, Best Uduophori who runs a beer parlor in Okoloba, Effurun, Uvwie LGA, Delta State, over a mere political argument. What are we turning politics into in this country? You want to kill someone over Buhari and Atiku tribunal matter? This is animalistic!

“You break a bottle and stab a fellow countryman almost to the point of death over APC and PDP matters? So, someone doesn’t have right to personal opinion again in Nigeria?

Read More In The Nation