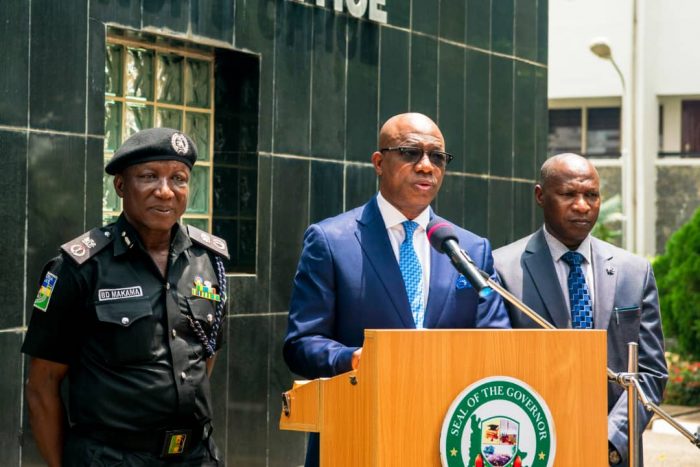 The National Association of Ogun State Students (NAOSS), has described the victory of Ogun governor Dapo Abiodun at the governorship election tribunal as a `victory for students of the state’.

Its National President, Mr Oluwagbemileke Ogunrombi, in a statement in Abuja on Saturday, said that Abiodun’s mandate was “the will of the people of the Gateway State”.

“His victory is also the will of students of the state studying home and abroad.

“Abiodun has touched all sectors within his first 100 days of stewardship. He has been able to effect considerable development in all sectors of the state, especially the educational sector which concerns students the most.

“For instance, normalcy has been restored in Moshood Abiola Polytechnic (MAPOLY), while lingering ssues at the Tai Solarin College of Education (TASCE), have been resolved. We are proud of these feats,” he said.

Ogunrombi added that the judicial victory had eliminated any form of distraction and given the governor more time to focus on developing the state.

The governorship candidate of the Allied People’s Movement, Adekunle Akinlade petitioned against the victory of Abiodun, who defeated him in the March 9 governorship poll.