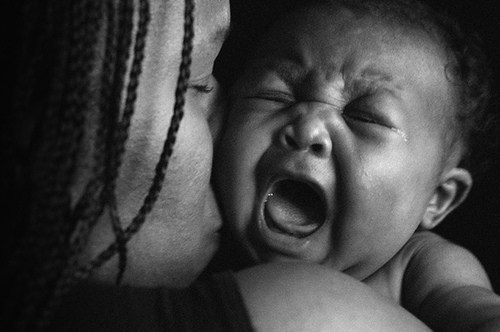 A Chief Magistrates’ Court, sitting in Zaria, Kaduna State, has remanded a housewife, Mrs Nnennaya Edmond in prison for allegedly pouring hot water on a nursing mother and her 10-month-old baby.

The woman is standing trial on a two-count charge of criminal offence and causing of grievous injuries on one Gloria Cyril and her 10-month-old baby, Bright Cyril.

Both the accused and the complainant are living in the same house at ECWA Church area of Wusasa, Zaria, Kaduna State.

The Chief Magistrate, Mr Abubakar Aliyu-Lamido, ordered that the accused be remanded in prison custody and adjourned the case to Oct. 15, for the complainant to present witnesses.

Earlier, the Prosecutor, Insp. Mannir Nasir, had told the court that on Sep. 10, at about 1:00am, one Mary Ijeoma, reported the case to Danmaaji Police Division.

He said that Ijeoma had the accused the defendant of pouring hot water on her daughter, Gloria and her 10-month-old grandson, Bright.

The Prosecutor added that the complainant had narrated that the action caused grievous injuries on the nursing mother and baby who were rushed to St Luke’s Hospital, Wusasa for treatment.

The prosecutor then asked the court for a short adjournment to enable him present witnesses.