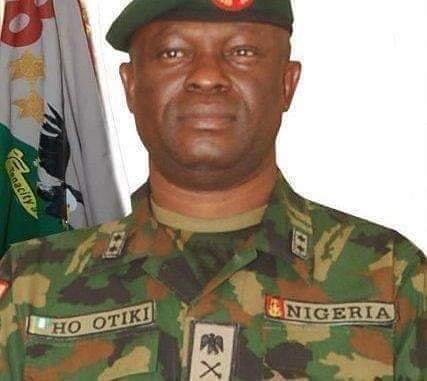 The Nigerian Army has commenced the trial of Maj Gen Hakeem Otiki, former General Officer Commanding, 8 Division, Sokoto State, over the alleged diversion of the sum of N400 million by some soldiers in the division.

The Army confirmed that five soldiers under his Division carted away a consignment containing the money, while on escort duty from Sokoto to Kaduna states in the first week of July.

The soldiers were asked to escort the money and deliver it to a Very-Important Personality in Kaduna State.

However, with the runaway soldiers still at large, the trial of Maj Gen Hakeem Otiki at the General Court Marshal, which sat at the Army Officers’ Mess, Asokoro, began at about 12:30pm on Tuesday and is ongoing at the time of filing this report.

The General Court Marshal is presided over by the army’s Chief of Policy and Plans, Nigerian Army Headquarters, Maj Gen Lamidi Adeosun.