PSG thrash Madrid with a statement for Europe: All the matches 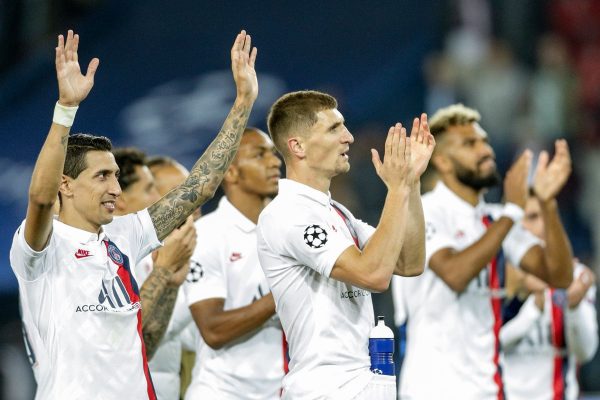 Paris Saint-Germain launched their latest quest for Champions League success with a statement win over Real Madrid on Wednesday, while a late Atletico Madrid comeback foiled Juventus as Manchester City eased to victory in Ukraine.

French giants PSG have failed to make their mark in Europe, crashing out of the Champions League in the last 16 each of the past three years despite the huge sums of money spent by their Qatari owners.

With Neymar suspended and Kylian Mbappe and Edinson Cavani sidelined by injury, Angel Di Maria stepped up in their absence with two first-half goals in a 3-0 triumph at the Parc des Princes.

Thomas Meunier added the third late on as Madrid, who beat PSG on the way to lifting the trophy in 2016 and 2018, were soundly beaten in their Group A opener with Eden Hazard kept quiet on his full debut.

“We have to play like this all the time, in the league as well, with character and hunger.”

The 13-time European champions are still favourites to advance from a section that includes Club Brugge and Galatasaray, who drew 0-0 in Belgium, but the nature of the loss underscored the work that lies ahead for coach Zinedine Zidane.

“They were superior to us in everything they did, and in intensity, which annoys me the most,” said the Frenchman.

Diego Simeone’s Atletico clawed their way back from two goals down in the final 20 minutes to rescue a 2-2 draw at home to Juventus in Group D.

The anticipated clash between Cristiano Ronaldo and Joao Felix, the teenager touted as the heir to Ronaldo’s throne, took a backseat to a Atletico rousing comeback after second-half goals from Juan Cuadrado and Blaise Matuidi put Juve in control.

Stefan Savic nodded home from point-blank range to give Atletico hope and substitute Hector Herrera headed in a corner in the final minute to snatch a point.

Both sides trail Lokomotiv Moscow following the Russians’ 2-1 win at Bayer Leverkusen. Grzegorz Krychowiak and Dmitri Barinov scored for Lokomotiv either side of an own goal by former Germany defender Benedikt Hoewedes.

Premier League champions City bounced back from defeat by Norwich at the weekend with a comfortable 3-0 victory against Shakhtar Donetsk in Kharkiv.


Riyad Mahrez slammed home a rebound after Ilkay Gundogan hit the post, and the German international smacked in a second before Gabriel Jesus sealed the points on 76 minutes.

Pep Guardiola’s side are second to Dinamo Zagreb in Group C after the Croatian champions made it a night to forget for competition debutants Atalanta.

Dinamo failed to score a single goal as they lost all six matches on their last group stage appearance in 2016-17.

However, Marin Leovac gave them a 10th-minute lead and Mislav Orsic bagged a hat-trick as Dinamo got off to a dream start ahead of a trip to City on October 2.

Bayern Munich needed late goals from Robert Lewandowski and Thomas Mueller to make sure of victory against Red Star Belgrade in Group D.

Mueller, on as a late substitute, volleyed in a third in stoppage time.

Kane scored a penalty but Tottenham were held by Olympiakos in Greece
Harry Kane’s penalty and a fine Lucas Moura strike put Spurs 2-0 up after 30 minutes in Greece, but Daniel Podence cut the deficit shortly before the break and Mathieu Valbuena levelled from the spot in the second half.

“Last season we didn’t start too well and had to play catch up, this is only the first game and we are definitely backing ourselves to go through,” Kane told BT Sport.