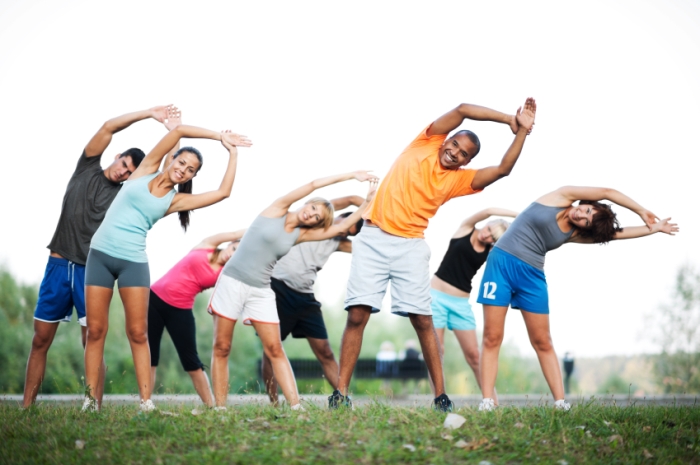 The new research is  a year randomised controlled trial led by Prof. Rong Zhang. The team published their findings in the Journal of Alzheimer’s Disease.

Prof. Zhang is affiliated with the departments of neurology, neurotherapeutics, and internal medicine at the University of Texas Southwestern Medical Center, in Dallas.

He and his team previously dedicated their efforts to studying the relationship between exercise and dementia. One such study that Medical News Today reported on found that aerobic exercise preserves the brain health of people with mild cognitive impairment.

Specifically, that study found that regular exercise maintains the integrity of the brain’s white matter, which encompasses billions of nerve fibres and is linked with better executive function. Executive function refers to the brain’s ability to plan, organise, and complete tasks.

The participants’ brains also had accumulations of beta-amyloid — a protein that is a marker of Alzheimer’s when it builds up to toxic levels.

Speaking about the motivation for the new research, Prof. Zhang asks, rhetorically: “What are you supposed to do if you have amyloid clumping together in the brain? Right now doctors can’t prescribe anything.”

So, Prof. Zhang and colleagues monitored “the effect of a progressive, moderate to high intensity” program of aerobic exercise on memory, executive function, brain volume, and cortical levels of beta-amyloid.

The scientists divided the participants into two groups. One group did aerobic training, while the other engaged in stretching and toning control activities.

At the end of the trial, both groups had similar levels of cognitive ability, particularly in terms of memory and problem solving.

However, brain imaging revealed unique benefits for participants who already had buildups of beta-amyloid and who had exercised regularly.

Specifically, their hippocampus had decreased in size a lot less, compared with participants who had not exercised at all.

“It’s interesting that the brains of participants with amyloid responded more to aerobic exercise than the others,” comments Prof. Zhang.

“Although the interventions didn’t stop the hippocampus from getting smaller, even slowing down the rate of atrophy through exercise could be an exciting revelation.”

However, the authors emphasize that they do not yet know whether this reduced atrophy actually results in cognitive benefits.

“I’m excited about the results, but only to a certain degree,” Prof. Zhang said. “This is a proof-of-concept study, and we can’t yet draw definitive conclusions.”

“If these findings can be replicated in a larger trial, then maybe one day doctors will be telling high risk patients to start an exercise plan. In fact, there’s no harm in doing so now.”

“Understanding the molecular basis for Alzheimer’s disease is important,” Prof. Zhang said. “But the burning question in my field is, ‘Can we translate our growing knowledge of molecular biology into an effective treatment?’ We need to keep looking for answers.”

Currently, Prof. Zhang is leading a national clinical trial that will further investigate the link between exercise and dementia.

The trial will span 5 years and is looking at whether aerobic exercise training in combination with medications that lower blood pressure and cholesterol can protect cognition and keep brain volume intact.